'Desert One' Review: A Gripping Story Of A Failed US Rescue Mission 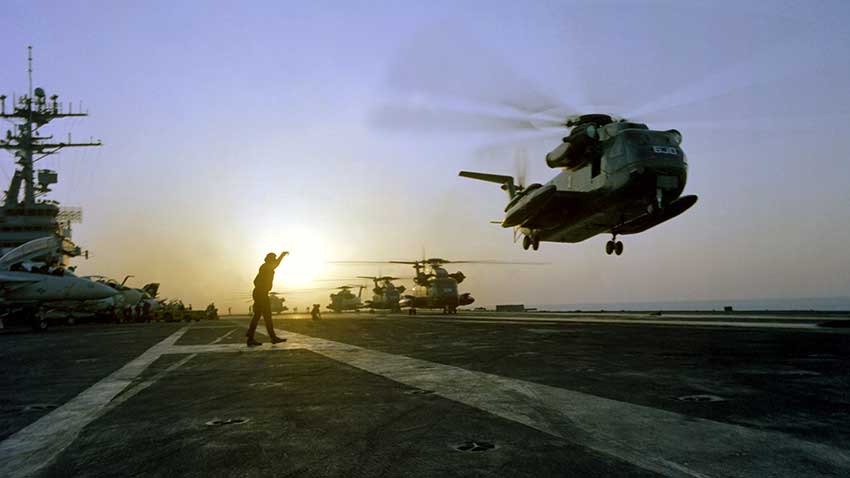 If you're looking for a historical-based story, DESERT ONE recounts the failed U.S. Special Forces rescue mission during the 1980 Iran hostage crisis with commentary from then President Jimmy Carter, the former hostages, the Iranian hostage takers and the servicemen involved. Two-time Academy Award®-winner Barbara Kopple chronicles the misson from the very start through the disastrous result. The mission was jinxed from the onset. The film offers much detail about the incursion into Iran during the dead of night with some never before seen archival material and animated re-enactments.

On November 4, 1979, Iranian students stormed the U.S. Embassy in Tehran, taking over 60 American hostages during Jimmy Carter's first-term presidency. The Iranians were protesting President Carter's decision to allow the deposed pro-Western autocrat, the Shah to take asylum in the United States. The Shah was wanted for crimes against the people of Iran, and the students demanded his extradition. President Carter refused.

In broad strokes, DESERT ONE tracks the story from the very beginning to when the Shaw was ruler of Iran, and his eventual ouster. While necessary to have this background information, the documentary is slow at its pacing here.

It slowly builds up to the rescue mission. What follows is a detailed account of the planning after former President Carter debated the pros and cons. The 39th U.S. President is interviewed for the film and he reflects back on the time he was faced with a tough decision. It speaks to Carter's good nature to be part of DESERT ONE given the vitriole Americans had for him at the time. Pretty sure he's not fond of recounting one of his greatest failures during his presidency. He states on camera that is what cost him a second term.  Vice President Walter Mondale also recounts his time in office during this crisis.

In early 1980, the military started mobilizing the newly established U.S. Special Forces for the mission called Operation Eagle Claw and planning the extracation of the American hostages from the embassy. However, equipment failure from the very start should've been a bad sign this would not end well. After a few false starts, on April 24, 1980, U.S. Special Forces begins their mission.  What happened next will shock you. As soon as they land, things start going south. You would soon forget you're watching a documentary as it plays more like a fictional film with a climax.

Watching the servicemen retell their stories of what went wrong and losing their fellow soldiers is emotional. They haven't forgotten the details, and the harrowing nature of that fateful day.

Director Kopple also includes the perspective of the former hostage takers. They have no regrets, and feel their actions were justified. What's even more surprising and shocking is the deep hatred Iranians still hold against America regarding that failed mission. The  "invasion" as the subjects in DESERT ONE describe it, are thrilled that the U.S. failed and 8 servicemen perished.  The site of the disaster has been memorialized by the Iranians as a museum, not to honor the dead but to gloat with an annual celebration the victory over the United States.

DESERT ONE starts out slow, but 20 minutes in you're captivated by the story given the early signs that indicated this rescue mission may be doomed.

DESERT ONE is now playing in over 100 theaters.