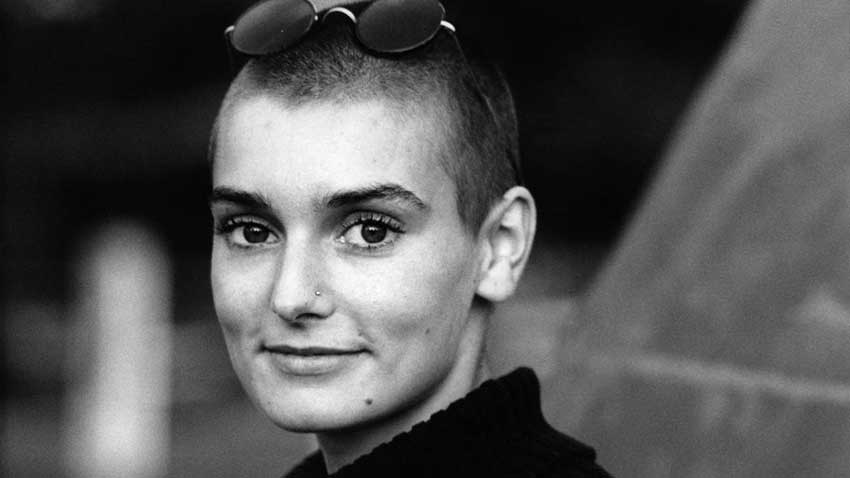 Sinéad O'Connor burst onto the music scene in the late 80s with her soulful voice but her controversial comments and shredding of Pope John Paul II's picture on live television forced her out of the limelight. In NOTHING COMPARES, director Kathryn Ferguson (TAKING THE WATERS, SPACE TO BE) presents a different side to the Irish singer/songwriter, framing her as a trailblazer and perhaps the first spokesperson for the MeToo movement.

NOTHING COMPARES isn't a biopic, according to the director. Told through a feminist lens, the documentary focuses on Sinéad's childhood trauma with the Catholic Church at the center of it. Rather than showing contemporary footage of O'Connor, the singer narrates her story off camera over archival footage and concert performances focused on the years between 1987 and 1993. The title takes its name from her biggest hit, "Nothing Compares 2 U."

The first thought after watching NOTHING COMPARES is that many people in the media, celebrities, and others owe Sinéad O'Connor a big apology. Many passed judgment on the pop singer without diving into her reasons for speaking out against the Catholic Church.

O'Connor was not making waves just to shock people as Madonna did in the same time period. Sinéad was ahead of her time in criticizing the Church for its abuses specifically in Ireland. At that time, the child abuse allegations had not been exposed but there were rumblings. In addition, O'Connor recalls being sent to a Catholic reform school as punishment for her bad behavior. The school was attached to an institution run by the state and the Catholic Church called the Magdalene Laundries. The Laundries largely housed women who had babies out of wedlock, many due to rape, according to the documentary. These women were locked away for the duration of their lifetime. Sinéad came across some of these women, and it affected her greatly. Sinéad also recounts the physical abuse at the hands of her mother who was a devout Catholic.

NOTHING COMPARES serves as a backstory to Sinéad O'Connor's life. At the time, the media didn't give her a platform to explain her controversial views, instead, they vilified or shamed her for not fitting into the female norm. She was called out for her shaved head. Popular Irish television personality Gay Byrne and America's Charlie Rose mocked her appearance in patronizing interviews.

The documentary also includes the mistreatment by celebrities at the time. A clip of Joe Pesci hosting SNL a week after the infamous appearance joked in his monologue that he would've smacked O'Connor if he had been host that week. Frank Sinatra also took jabs at the singer. At a Bob Dillon tribute concert, she was booed when she took the stage. Fortunately, Kris Kristofferson comforted Sinéad even though she seemed tough in the face of rejection.

NOTHING COMPARES really puts into perspective what Sinéad O'Connor endured during that backlash. However, the now 55-year-old is no wallflower, and while it did affect her, she seems to have endured the hate. Although her once soft-spoken voice is now the raspy tone of someone who has lived a lifetime.

Ferguson book ends the documentary with footage from Sinéad's recent appearances to signal to the audience that she is a survivor, and luckily the events of the film didn't break her.

NOTHING COMPARES is playing in select movie theaters in NYC and Los Angeles, and airing on Showtime Sunday, October 2 at 10 p.m. ET/PT and now available on the Showtime streaming app.