'One Night in Miami' Movie Review 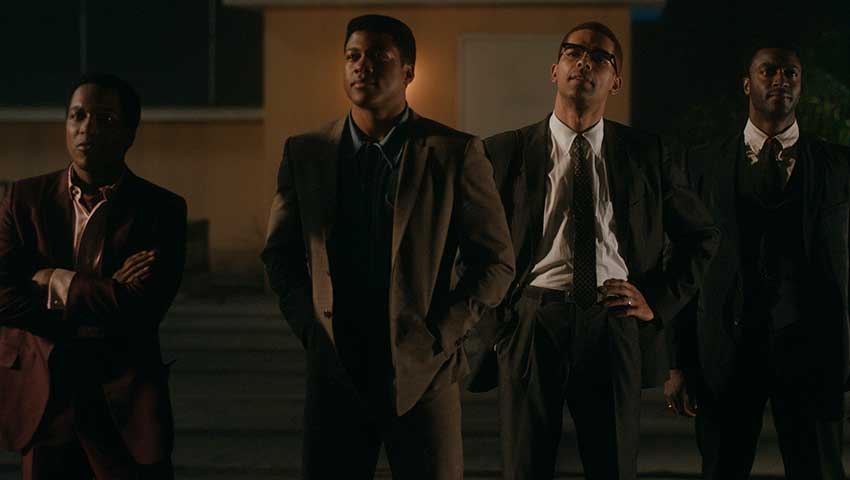 Regina King takes to the director's chair for her second feature film with ONE NIGHT IN MIAMI starring famous figures from the 60s - Muhammad Ali, football player Jim Brown, Malcolm X, and the King of Soul Sam Cooke. With a script from Kemp Powers and based on his stage play, King delivers a powerful and compelling movie that delivers on all fronts including the ongoing conversation about social injustices and the role of the black man.

Four successful black men in 1964 were living the American dream as the civil rights movement raged on. However, they were not immune to the struggles of the civil rights movement. The movies takes place over one night after Cassius Clay (not yet Ali) wins in a big upset over heavy weight champion Sonny Liston at the Miami Convention Hall. The four friends celebrate his win at a blacks-only hotel in Miami. This occurs before Clay was to announce his conversion to Islam and adopting the name Muhammad Ali. While the four did gather at the hotel that night in history, Kemp Powers took some liberties as to the conversations taking place in the hotel room.

While celebrating Clay's victory, the champ's intention to convert to Islam sets off a heated conversation between the four friends. Cooke and Brown question Clay's choice as Malcolm X pushes back and challenges them on what their role is in the civil rights era. Each have a very different opinion to what is required of a successful black man, and their personal responsibility to the community.

ONE NIGHT IN MIAMI could've easily become a bore-fest given the limited sets and little action but King creates a tense setting as the friends disagree and call each other out. She keeps the pace moving and the tensions high.

The dialogue is tight, and the back and forth banter is compelling as these four friends challenge each other's ideas. Kemp infuses the script with relevant conversations about racial injustice, religion and what's expected from a successful black man back in the day. However the themes are just as relevant today, which drives home the point that not much has changed for black Americans.

The performances add to the intensity as friends argue amongst each other. Eli Goree, thankfully doesn't go overboard with an impersonation of Ali. Instead, Goree captures the champs personality and attitude behind his public persona. Leslie Odom Jr. as Sam Cooke and Aldis Hodge as Jim Brown are equally effective in delivering powerful performances. Looking more like President Barack Obama than the Nation of Islam activist, Kingsley Ben-Adir presents Malcolm X more subdued than his public persona but yet combative when defending his movement. It's an interesting choice to present a softer side of the activist who often advocated for violence. 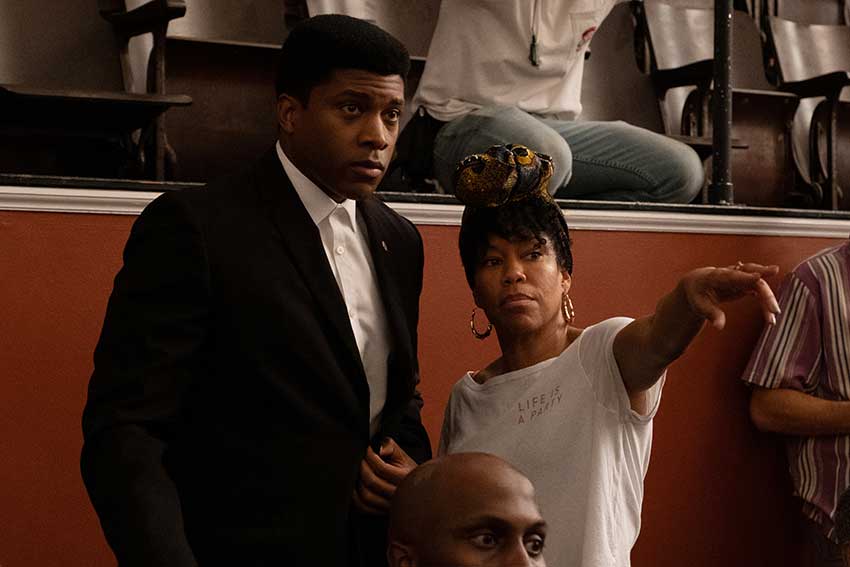 ONE NIGHT IN MIAMI is an important film in the ongoing conversation of racial justice. It exemplifies that while black Americans are classified as a single group, not everyone has the same perspectives within the community.

Regina King is a force to be reckoned with as an actress, but she's proven to be even more of a powerhouse as a director as well with ONE NIGHT IN MIAMI.

ONE NIGHT IN MIAMI is in theaters exclusively in Miami, and expanding to select theaters January 8. The release will then begin streaming January 15, 2021 on Amazon Prime.

Based on the award-winning play of the same name, and directed by Regina King, One Night In Miami... is a fictional account inspired by the historic night these four formidable figures spent together. It looks at the struggles these men faced and the vital role they each played in the civil rights movement and cultural upheaval of the 1960s. More than 40 years later, their conversations on racial injustice, religion, and personal responsibility still resonate.