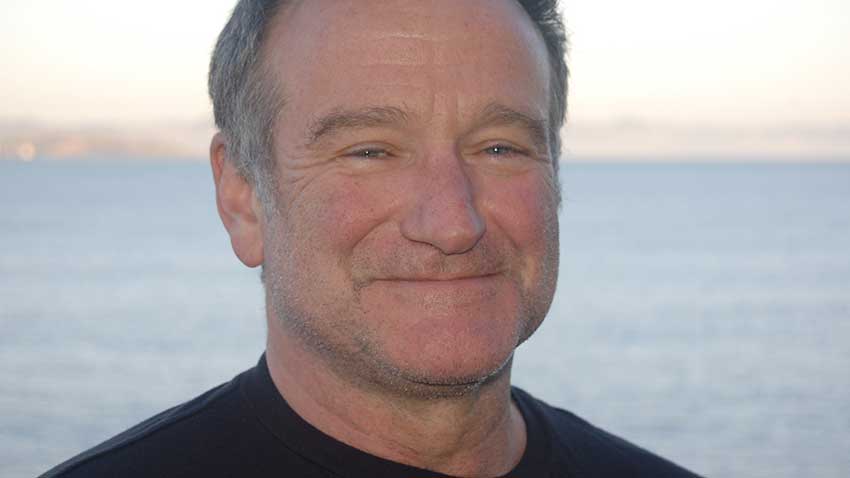 Don't expect a biographical documentary on Robin Williams in the new film, ROBIN'S WISH. Instead ROBIN'S WISH sets the record straight about William's suicide. His widow Susan Schneider Williams describes how the comedian/actor was literally not in his right mind when he took his life. After his death, an autopsy revealed he was suffering from a degeneration of the brain called Lewy Body Dementia. Williams' wife, friends and NIGHT AT THE MUSEUM director Shawn Levy and tv producer/writer David E. Kelly describe his deteriorating state of mind leading to his death.

On August 11, 2014, Robin Williams' passing sent shockwaves around the world, and fans like myself shed tears for the person who made us laugh for four decades. Suicide seemed so out of character for an entertainer so full of life and jokes. How is this possible? ROBIN'S WISH answers that question.

ROBIN'S WISH takes you behind the science of the disease as well as how it affected the MRS. DOUBTFIRE star. He was misdiagnosed with Parkinson's disease because many of his symptoms mimicked that disease, but the diagnosis didn't explain why his mind was slowly diminishing.

The comedian's life-long best friends, neighbors, and his widow describe his state of mind leading up to his death. The actor was shooting the third NIGHT AT THE MUSEUM: SECRET OF THE TOMB with director Shawn Levy who reveals Williams was having a hard time remembering his lines which was out of character for him. He was also appearing on the television series, "The Crazy Ones" from David E. Kelly. He, too, noticed the change in the entertainer. Williams' "morale was crumbling," one said.

ROBIN'S WISH also reflects on how the media and especially the tabloids scandalized his death, blaming depression and his relationships. That was part of the motivation behind making ROBIN'S WISH - to partly clear up the false rumors about why he took his life, and educate others about this disease.

The documentary's title is in reference to what Robin Williams wanted out of life for himself and his fellow humans. In a statement about the title, "Robin's Wish," his widow explains.

"Robin wanted to help all of us be less afraid That was Robin’s wish. We had been discussing what we wanted our legacies to be in life; when it was our time to go, how we wanted to have made people feel. Without missing a beat, Robin said, “I want to help people be less afraid."

Tylor Norwood makes his directorial feature debut along with his co-writer Scott Fitzloff (THE UNITED STATES OF DETROIT). ROBIN'S WISH is straightforward account of Williams' last year on this Earth. For fans, it's a hard watch learning how one of our favorite entertainers was losing his spark, and literally his mind. His symptoms also included anxiety, despair, insomnia and hallucinations.

Watching ROBIN'S WISH reminded us about our great loss. He was one of a kind, and this film reinforces that.

Vertical Entertainment will release the documentary film ROBIN’S WISH on Demand and Digital on September 1, 2020.