'The Guardians of the Galaxy Holiday Special' Disney+ Review 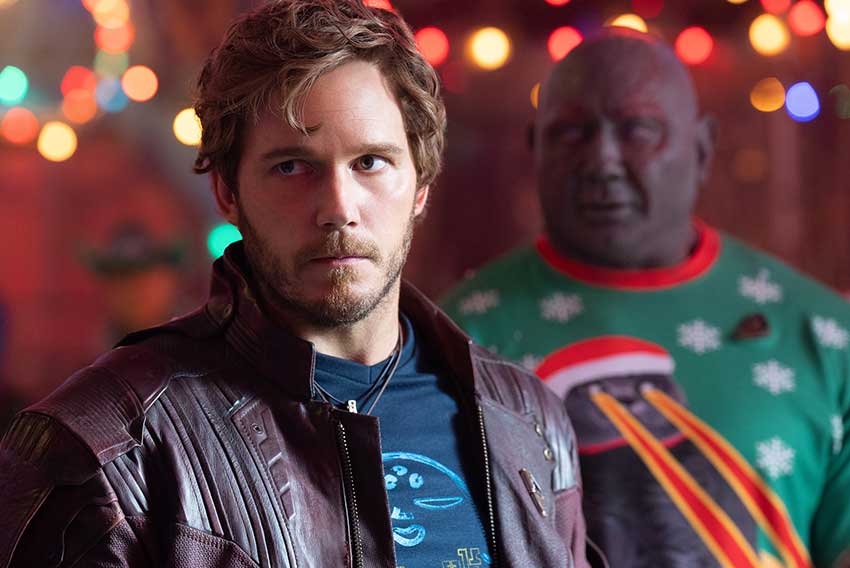 The hokey trailer for THE GUARDIANS OF THE GALAXY HOLIDAY SPECIAL left much to be desired but luckily the Disney+ Marvel special is surprisingly fun although James Gunn takes some swipes at the Christmas tradition. Pom Klementieff’s Mantis is the breakout star here.

Peter Quill (Chris Pratt), Drax (Dave Bautista), Mantis, Nebula (Karen Gillan), Kraglin (Sean Gunn), Rocket and a hulked-out Groot come together to celebrate the human holiday tradition for Quill. To cheer up Quill, Drax and Mantis travel to Earth to find him the perfect Christmas present in the human form of Kevin Bacon.

While the Guardians of the Galaxy gang reunite for the Holiday Special, Drax and Mantis are the main attraction.  The rest of the crew appears in cameo form but its a welcome change. 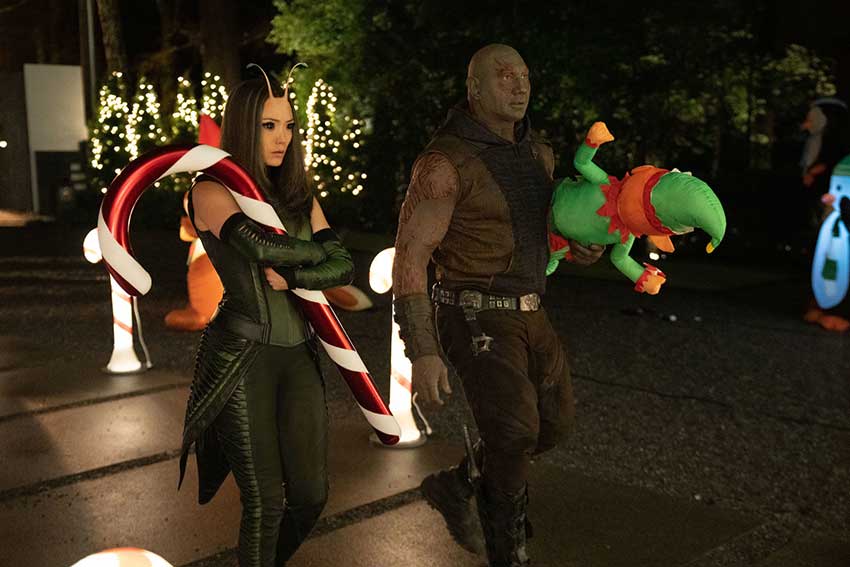 Bautista’s Drax brings his usual humor and laughter as the muscle with a heart. But it is Klementieff’s Mantis who gets to spread her little antennas with a comedic side we have not seen before. The soft-spoken guardian loses her cool in a funny way. Alongside Bautista, to duo make a great comedic duo.

Kevin Bacon is a good sport for going along with the silly idea that Quill wants the iconic actor as a Christmas present. Writer/ Director James Gunn pokes fun at Bacon’s filmography (specifically FOOTLOOSE) and actors in general. The actor brings his usual charm as well as his musical talents to the Marvel special presentation.

The Director who is poised to take over the Warner Bros. DC slate also mocks the Christmas holiday from the point of view of an alien in a musical number. Some may find it insulting but it’s in good fun.

On the downside, Chris Pratt seems to phone it in as a tamed Star-Lord. Sure he has lost his love Gamora but in the previous films, he still exhibited that silly spirit. He’s all business, low-energy in this iteration. It may not be all the actor’s fault if that’s the direction he was given. 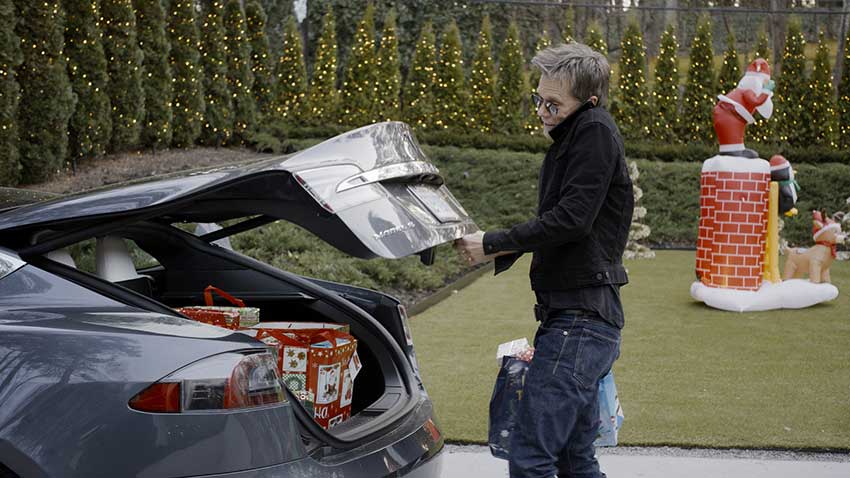 The 44-minute run time is perfect for a thin premise like this one. It doesn’t overstay its welcome.

The music is also a stand-out. Instead of using traditional Christmas songs, Gunn ops for a rock ‘n’ roll spirit which contributes to a jolly good time.

THE GUARDIANS OF THE GALAXY HOLIDAY SPECIAL premieres on Disney+ on November 25.