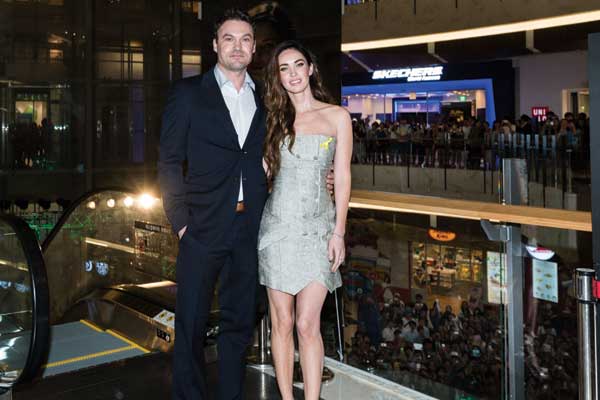 Earlier this week, actress Megan Fox along with the movie’s director Jonathan Liebesman, producer Brad Fuller and Andrew Form visited Seoul, Korea mingled with Korean press and fans for the premiere of the Paramount Pictures reboot.

The next day on Wednesday, Megan Fox threw out the first pitch at the LG Twins vs. Doosan Bears baseball game. Her husband Brian Austin Green was also in attendance in a jersey.

Domestically TEENAGE MUTANT NINJA TURTLES is having a great run in North America with over $145 million in box office receipts. The film is now rolling out internationally.