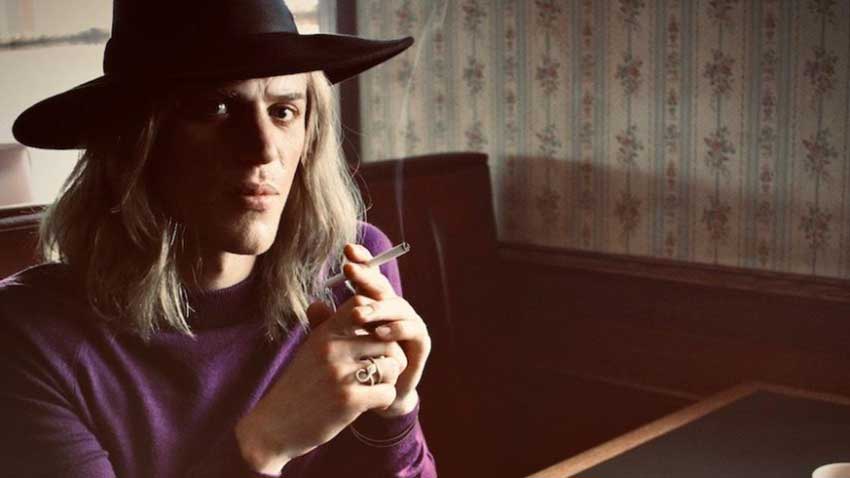 For David Bowie fans, the new biopic STARDUST hits theaters and VOD Wednesday, November 25. The movie centers on Bowie’s first disastrous tour to America for his album "The Man Who Sold the World." Johnny Flynn plays the iconic musician, Jena Malone his first wife, Angela Bowie and Marc Marron as a record label's publicist and booker.

David Bowie aka David Jones was not yet a mega star in 1971. His U.K. success had not yet translated to America, and Mercury Records, didn't believe his music transcended into mainstream. Apparently this trip inspired him to form his alter ego of Ziggy Stardust.

STARDUST takes place in 1971 when Bowie was 24. He wasn't the fully formed artist we know. He’s awkward, not confident and elusive.

Bowie comes to the States hoping to breakout but only one person believes in him. Mercury Records' publicist Ron played by Marron takes him on the road playing awkward venues like a convention. Ron scores interviews with high profile magazines like Rolling Stone but he self-sabotages the interviews, avoiding talk about the themes behind his lyrics on the album.

Turns out Jones was utterly consumed with the idea that he would suffer the fate of most of his relatives suffering with schizophrenia. The film directed by indie director Gabriel Range also examines his relationship with his half brother who at the time was in a mental institution for that disorder. We also meet his first wife Angela who helped shape his career and influenced his glam rock look when he took on the Ziggy persona. 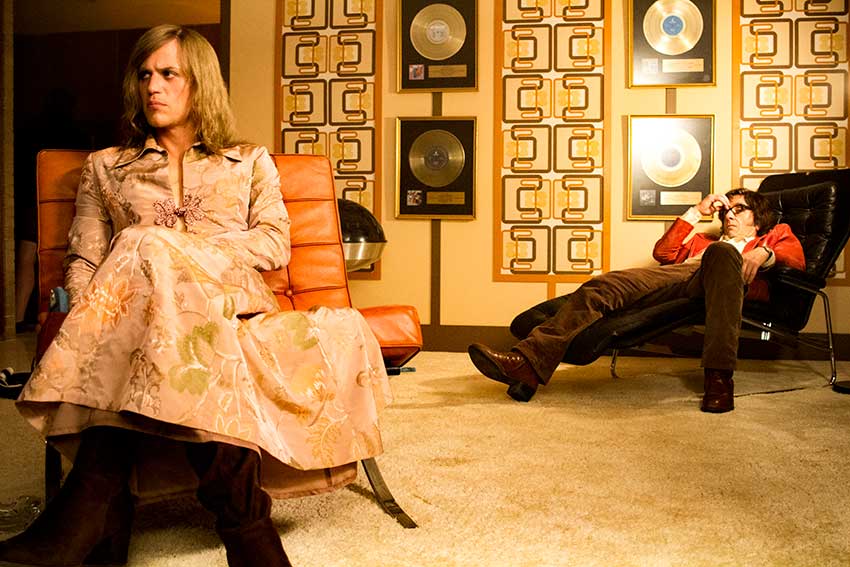 While it's an interesting sort of road trip movie, the film is rather slow and frustrating. At times you feel more sympathy for Marron’s character whose busting his ass booking high profile interviews which Bowie sabotages. You don’t feel much empathy for the musician until you he admits what he’s so afraid of.

While Johnny Flynn’s performance is notable, he looks nothing like the icon and frankly this persona is someone we don’t recognize. Perhaps we didn’t really know Bowie before he created these personas to hide behind.

Bowie fans may enjoy to see how Bowie became the celebrated artist who sadly isn’t with us anymore but his musical legacy lives on.