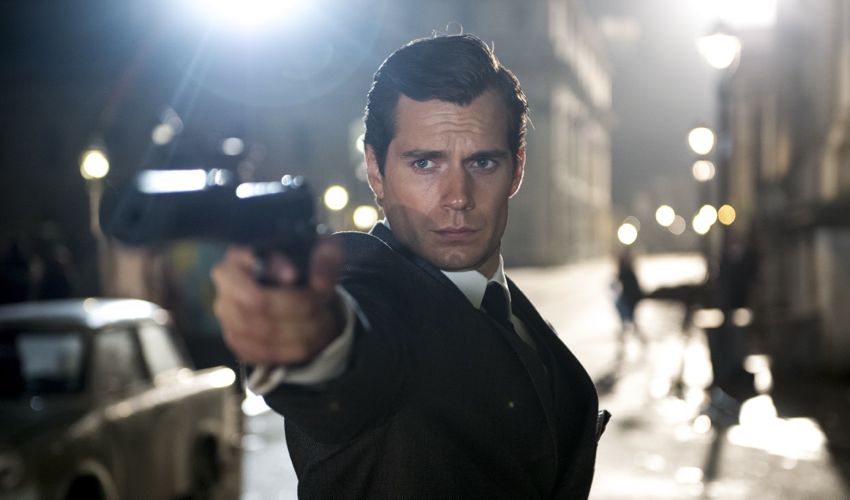 In short, THE MAN FROM U.N.C.L.E. is entertaining solely because of Henry Cavill, Armie Hammer and Alicia Vikander's chemistry, but as far as the story goes it's your typical get the nuclear warhead from the bad guys-type of plot.  However, the Man of Steel was a delight to see in a comedy looking quit dapper and debonair, and the 60s fashion was in itself a scene stealer.

Director Guy Ritchie brings his style of action and humor to THE MAN FROM U.N.C.L.E. as he did in Sherlock Holmes starring Robert Downey Jr., but his fast cuts in fight scenes are overdone in that you can't see who's winning the fight.

Despite the weak and overdone plot, THE MAN FROM U.N.C.L.E. works because of the actors. Cavill shows a side we haven't seen from the man best known as Superman, and he's witty and silly as Napoleon Solo. Hammer plays the straight man, and together, the genetically-endowed men create good chemistry as opposites. Alicia Vikander joins the team of spies, and also breathes life into the movie.

The actor's wardrobe are groovy 60s wear, and the costume designer clearly had fun dresssing the actors.  When my female friend and I weren't admiring Cavill and Hammer's good looks, we were pining for some of the ladies clothes.

THE MAN FROM UNCLE is no masterpiece, but it entertains.