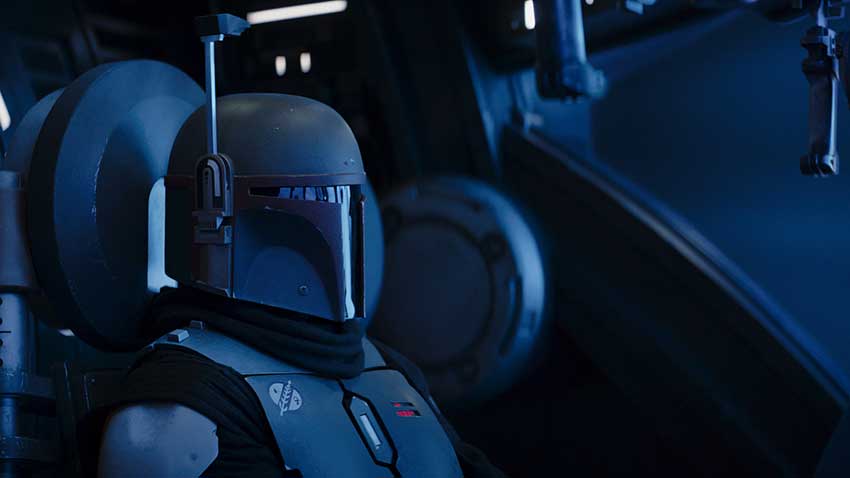 "The Mandalorian" season 2 finale will leave you reeling with two jaw-dropping surprises. SPOILERS AHEAD.

A beloved legacy STAR WARS character shows up to save the day, and fans are finally getting their wish for a Boba Fett stand alone project. During the end credits, we get a bonus clip of Boba Fett (Temuera Morrison) retaking Jabba the Hut's throne at the Tatooine palace alongside Fennec Shand (Ming-Na Wen) then a title card follows presenting the title for the next series or a movie coming December 2021. It's not clear whether Boba Fett will return to Disney+ or is it the movie Taika Waititi is onboard to direct?

Disney and Lucasfilm have a lot of explaining to do on what this big news means. Last week, Kathleen Kennedy announced two new STAR WARS movies were in the works with great detail given about Patty Jenkins helming one while Taika Waititi's project was secretive. Could Boba Fett be Waititi's project. The New Zealand director would be paired with fellow New Zealander Temuera Morrison. However, Waititi is currently in production on THOR: LOVE AND THUNDER and it's doubtful he'd be making that tight deadline.

So if "The Book of Boba Fett" is a new Disney+ series, what does that mean for "The Mandalorian?" While there's been rumors that the series may be coming to an end with Pedro Pascal as Mando, the Chapter 16 finale didn't wrap up a Mando storyline.

Now if you're interested in the other surprise, keep reading. It's return of the jedi as Luke Skywalker comes to Grogu and Mando's rescue from the dark troopers. Even R2-D2 makes an appearance. They arrive to take Grogu off Mando's hands. It's quite an emotional scene between the Mandalorian and the Child aka Baby Yoda so bring some tissues.

We also get another glimpse of Pedro Pascal's mug when he takes off his helmet to look into Grogu's eyes before leaving with Luke.

The Mandalorian and Moff Gideon battle it out with Gideon using the dark saber to almost take down Mando. Gideon loses the fight, and we find out the saber can't be returned to Bo-Katan because it has to be won in a battle otherwise full power can't be obtained. So expect a battle between Bo-Katan and a reluctant Mando the next season.

"The Mandalorian" Chapter 16 was a doozy, and now we have to wait an entire year for more excellent work from Jon Favreau and Dave Filoni.