America Ferrera first broke out in Real Women Have Curves. Her second big break came in her breakout role in “Ugly Betty” which earned her a Golden Globe, Emmy and Screen Actors Guild Award. Since going off the air, Ferrera has largely stuck to films (End of Watch), including lending her vocal talents to the DreamWork’s How To Train Your Dragon franchise and producing films through her own production company.

What made this the right time for America Ferrera to come back to the small screen?

“It wasn't really about the time, it was just about the material.  I wasn't necessarily in the market for, you know, something to come back with.  But they sent me the script, and, you know, first and foremost, it's Justin's writing and his execution of this world.  It's funny; it's smart; it's relevant.”

The diverse casting was a huge draw for Ferrera as well.

“When I saw how Justin was casting this show, it was a huge draw for me.  None of the characters were written specifically any race or ethnicity. The only one was Nico's character, who was written Mexican, and they cast a Filipino.” 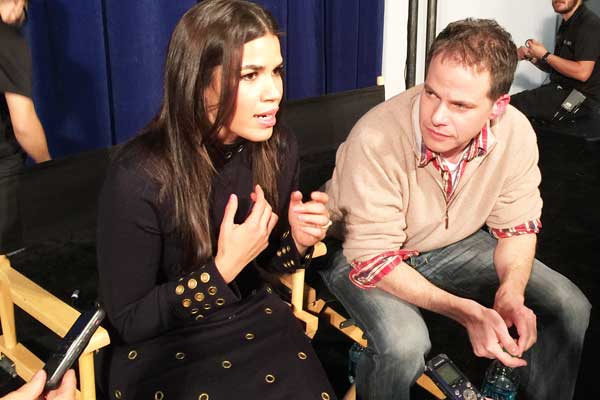 Ferrera says she grew up watching working-class comedies, and rarely did the casting reflect real life, but “Superstore” offered something different.

“I felt like now is a great, great time to give voice to the American working class.  So for all of those reasons, and so much more, this really snuck up on me and stole my heart.”