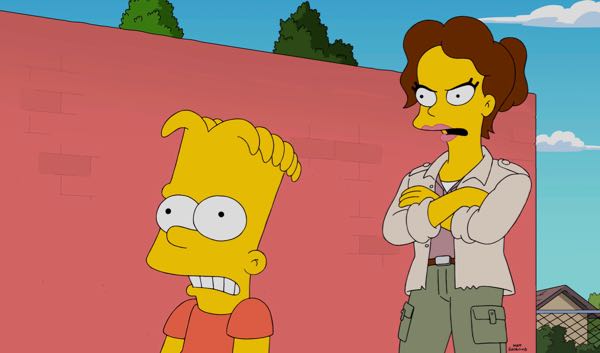 Sofia Vergara will be Bart’s object of affection on an all-new “The Simpsons” on Sunday, January 10 on FOX. The "Modern Family" star is making a guest-voice appearance as Bart’s teacher Ms. Berrera.

A new teacher (guest voice Sofia Vergara) at Springfield Elementary, and a captivated Bart tries everything to win her over. Meanwhile, Homer decides to buy a new brand of “milk,” which causes early puberty, both for Bart (augmenting his wooing powers) and Lisa (whose small bout with acne opens her up to the world of makeup and popularity) in the all-new “Teenage Mutant Milk-Caused Hurdles” episode of THE SIMPSONS airing Sunday, Jan. 10 (8:00-8:30 PM ET/PT) on FOX.