Behind the Scenes on Disney's 'The Pirate Fairy' 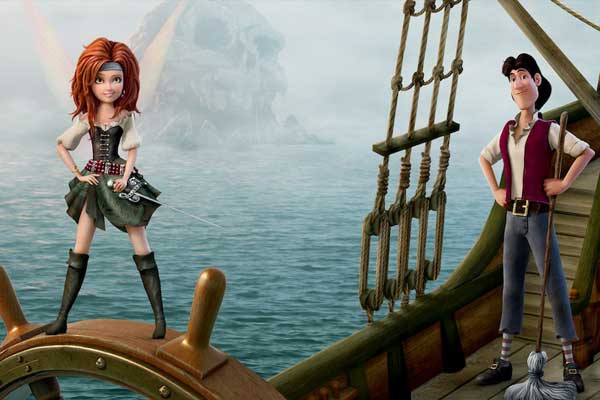 The director/writer and producer take us behind the scenes of Tinker Bell's return to the land of Pirates with her fairy friends in Disney's  THE PIRATE FAIRY.

The Avenger's and Thor's Tom Hiddleston, Mad Men's Christina Hendricks and Carlos Ponce lend their voices to Tinker Bell's new adventure with her posse of fairies in THE PIRATE FAIRY. The three stars play pirates in Tinker Bell's new movie headed to Blu-ray and DVD April 1st.  THE PIRATE FAIRY's director and writer Peggy Holmes and producer Jenni Magee-Cook sat down with CineMovie's Sue Evelyn Gil at the Walt Disney Studios in Burbank, CA to talk about how the animated film came together.

The two filmmakers tell us they used the Peter Pan movie as a reference for the pirate world since that's the first time we ever met Tinker Bell in that classic movie, except here she's kicking some pirate booty including a pirate fairy named Zarina (voiced by Hendricks) and meeting up with Captain Hook once again (Hiddleston).  The director and producer also tell us their crew of artists went on their own research adventure to learn more about the pirate world.  In Oxnard, the Disney team joined the action on two pirate ships which re-enact the period with a full scale production on the high seas. Not a bad day at the office.

Watch our video with THE PIRATE FAIRY filmmakers for more juicy details on the making of the Disney film coming to Blu-ray and DVD April 1, 2014.