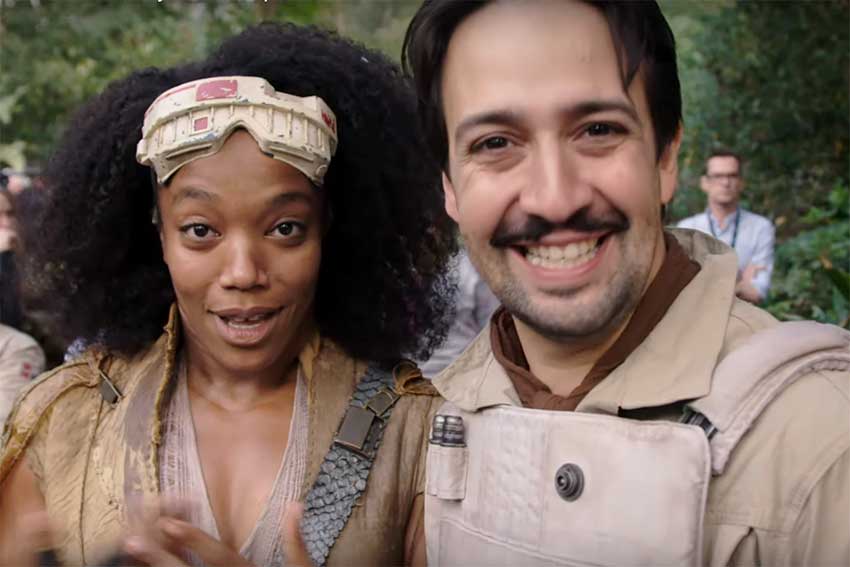 Disney premiered a special look at STAR WARS: THE RISE OF SKYWALKER with a nostalgic look and the the influence of STAR WARS on pop culture over the 42 years since its 1977 release.  The new preview revealed at least two celebrity cameos with Lin-Manuel Miranda on the good side and Ed Sheeran on the dark side. The special look also shows behind the scenes from all nine movies including the prequel trilogy which suggests prior characters may make some sort of appearance to wrap up the final movie in the Skywalker saga.

Most of Disney's promotion of Episode IX pays homage to past trilogies, and this video is the latest hint that we may see Ewan McGregor's Obi-wan, Hayden Christensen's Anakin Skywalker and Natalie Portman's Padmé since they've been featured on Entertainment Weekly's three different STAR WARS covers and promotional videos for THE RISE OF SKYWALKER.

WHAT DO YOU LIKE TO SEE ALL THE CHARACTERS RETURN IN SOME FORM?