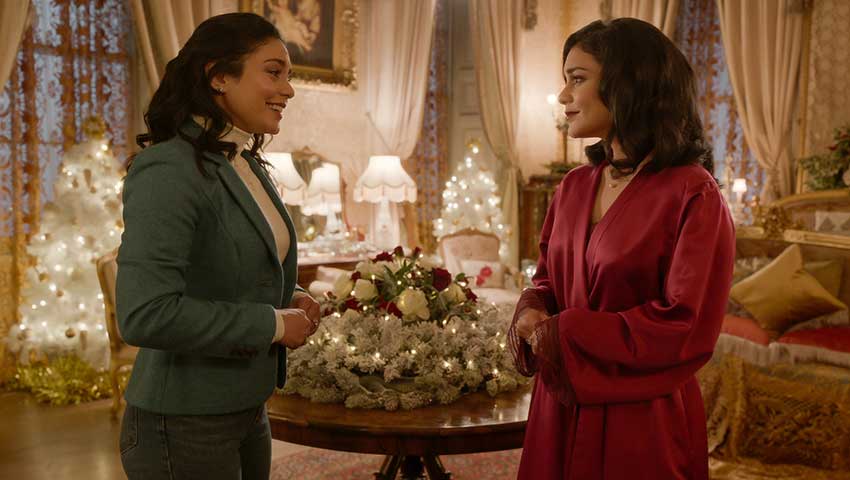 Vanessa Hudgens reprises her roles as Stacy and Duchess Margaret, but she's got another trick up her sleeve. Watch the new trailer for Netflix's sequel THE PRINCESS SWITCH: SWITCHED AGAIN.

Apparently THE PRINCESS SWITCH was a hit last Christmas so a sequel was in order with Vanessa Hudgens not only playing two characters but a third look-alike - an annoying brat. The new story once again takes place around the Christmas holiday.

Official Synopsis:
When Duchess Margaret unexpectedly inherits the throne to Montenaro and hits a rough patch with boyfriend Kevin, it's up to her double Princess Stacy of Belgravia to get these star-crossed lovers back together... but the course of true love is complicated by the appearance of a handsome royal who's intent on stealing Margaret's heart. Throw in the unexpected arrival of Margaret's outrageous party girl cousin Fiona, a third look-alike who has ambitions of her own, and you have the recipe for Christmas triple trouble!