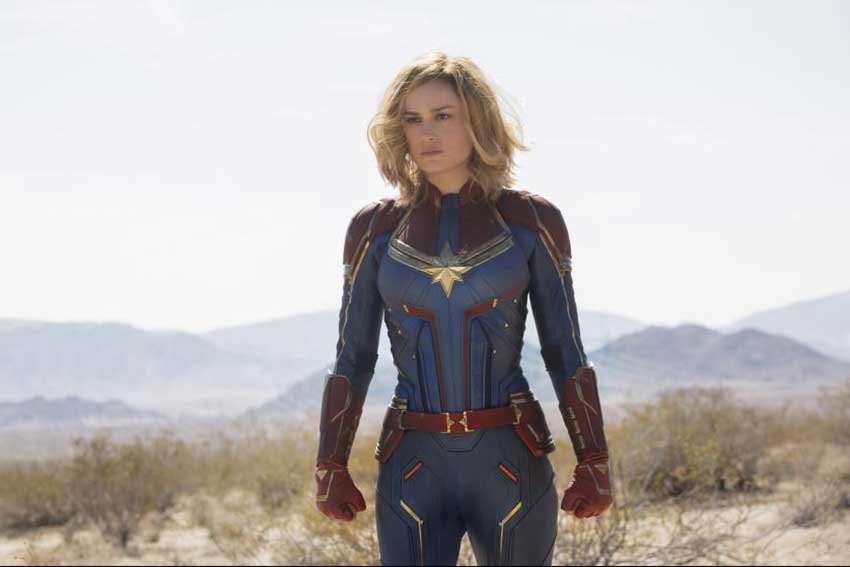 In the second trailer for Marvel's CAPTAIN MARVEL, Carol Danver's (Brie Larson) full powers are on display and so there's no doubt CAPTAIN MARVEL will be the one to take down Thanos in AVENGER'S INFINITY WARS sequel.  Watch the trailer which also reveals her full costume with her punk-inspired helmet.