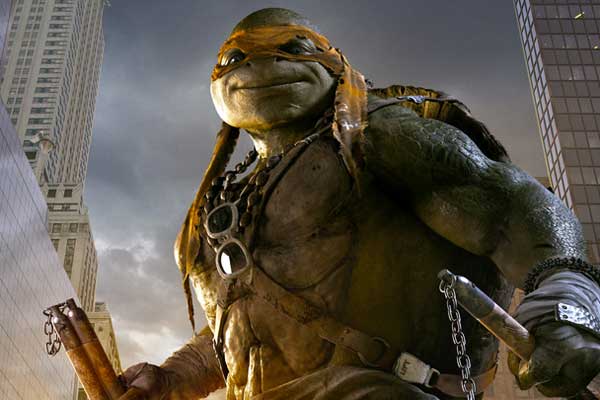 The studio used social media to build up anticipation for the new reveal. Fans were encouraged to choose their favorite Ninja by tweeting their hashtags #TeamRaphael, #TeamLeonardo, #TeamMichelangelo, or #TeamDonatello to cast their votes. Leonardo took most of the votes with poor Donatello coming in last.