For more details, read the official press release below. 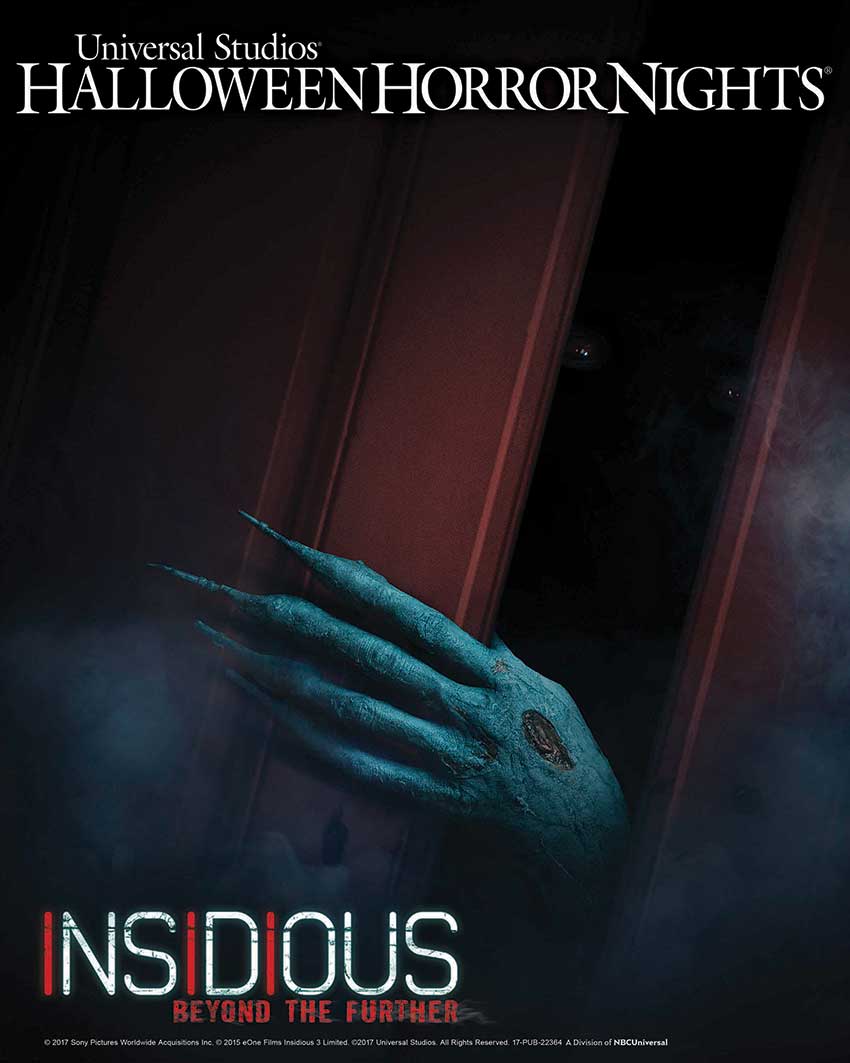 The creepy new maze will delve deep into brilliant parapsychologist Dr. Elise Rainier’s past, starting with a childhood in which her paranormal abilities emerged…until her mother’s untimely death by a demonic entity.  Troubled by a lifetime of evil supernatural spirits trapped in the Further—a vacuous netherworld caught between the living and the dead—Dr. Rainier will take guests on an unsettling journey back in time through a portal into the Further…to defy the most depraved and intimidating beings that have tormented her since the 1950s.

SAW: The Games of Jigsaw Returns to Halloween Horror Nights

To date, “Halloween Horror Nights” will also feature the following mazes: “American Horror Story: Roanoke,” based on FX’s critically-acclaimed, Emmy® and Golden Globe® Award-winning television series; “The Shining,” inspired by the greatest horror film of all time; and “Ash vs Evil Dead” from the hit cable series based on the cult classic.