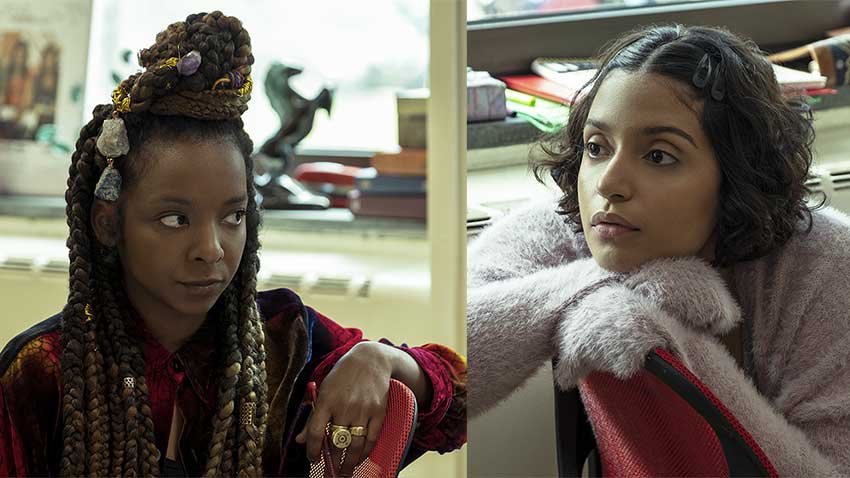 CHEMICAL HEARTS stars Lili Reinhart ("Riverdale'), Austin Abrams ("Euphoria"), Kara Young (HAIR WOLF, "The Punisher") and Coral Peña ("The Enemy Within"). Based on the book by Krystal Sutherland, Kara and Coral play high school teens who are friends with the main protagonist Henry. While Henry falls for his mysterious new classmate Grace (Reinhart), La (Young) and Cora (Peña), figure out their own relationship as gay, yet it's far more simple in comparison to the complicated love affair between Henry and Grace. The actress talk about the significance of portraying LGBTQ characters in a film aimed at young adults.

Seventeen-year-old Henry Page (Austin Abrams) has never been in love. He fancies himself a romantic, but the kind of once-in-a-lifetime love he’s been hoping for just hasn’t happened yet. Then, on the first day of senior year, he meets transfer student Grace Town (Lili Reinhart) and it seems all that is about to change. When Grace and Henry are chosen to co-edit the school paper, he is immediately drawn to the mysterious newcomer. As he learns the heartbreaking secret that has changed her life, he finds himself falling in love with her — or at least the person he thinks she is.