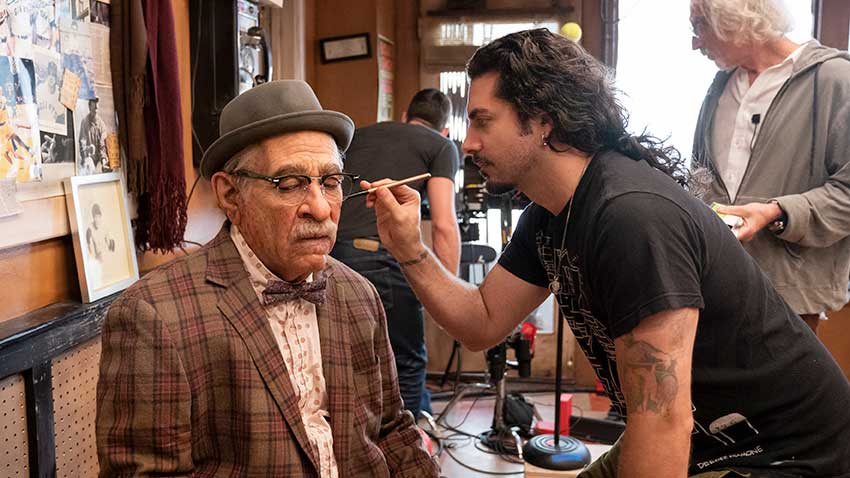 Michael Marino worked on Eddie Murphy and Arsenio Hall’s many characters for COMING 2 AMERICA, taking over the work the legendary Stan Baker created in the original. Murphy reprised at least eight of the original characters from the 1988 movie while Hall donned prosthetics for three of the characters. Marino also reveals what Murphy does in the makeup chair for hours as the prosthetics are applied.

Character makeup designer Michael Marino was a teen when the first movie was released, and Winston was one of his idols wich prompted him to go into this profession. In the video interview below, he states that he mimicked the same exact look to the characters except 30 years older. See more below.

More About The Movie

COMING 2 AMERICA explores the kingdom of Zamunda will its luxuries and beauty, as King Akeem sets off the find a long lost son to make him the heir to the throne while ignoring his oldest daughter's claim to the crown.

The director recounts his time on set and working with Murphy and his generosity towards his costars. We also discuss Ruth Carter's work on the elaborate costumes.