'Halo' Producers Explain Why They Dropped Spoilers Ahead of Premiere 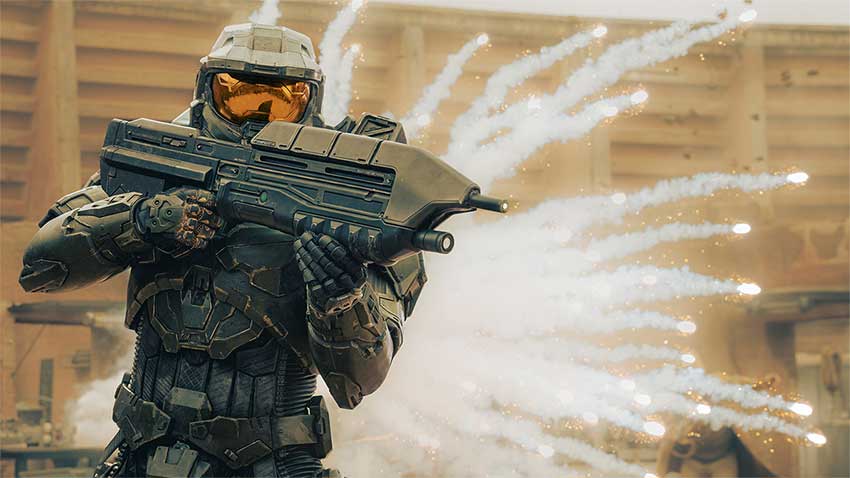 Halo tv series executive producers Steven Kane and Kiki Wolfkill reveal why they dropped spoilers early such as the mask coming off Master Chief for the television adaptation and other revelations. The Paramount+ original series premieres on March 24.

Pablo Schreiber takes on the iconic role of Master Chief for the Halo series on Paramount+. Unlike the video games, the helmet comes off early in the series revealing John aka Master Chief. The executive producers have actively been dropping revelations early such as the series is different than the game. Kiki Wolfkill tells us why they went that route.

Halo stars Pablo Schreiber (“American Gods”) as the Master Chief, Spartan-117; Natascha McElhone (“Californication”) as Dr. Halsey, the brilliant, conflicted and inscrutable creator of the Spartan super-soldiers; and Jen Taylor (“Halo” game series, RWBY) as Cortana, the most advanced AI in human history, and potentially the key to the survival of the human race.