James Cameron: If You’ve Watched ‘Avatar' At Home, You Have Not Truly Viewed The Film 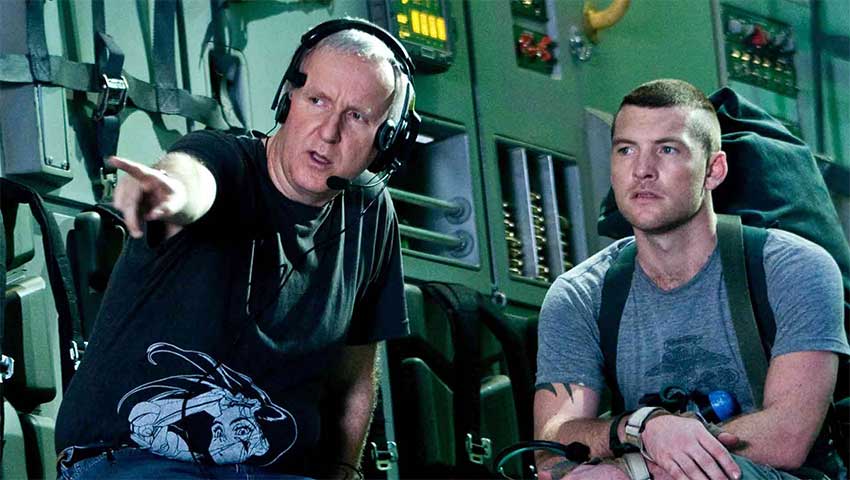 Why should audiences spend money to see a 12-year-old movie? James Cameron has the answer.

AVATAR returns to movie theaters once again in a 4K remaster with a high-dynamic range and portions of the film in a 48-frame-per-second format. Since AVATAR was made specifically for the big screen in 3D, director James Cameron encourages those who’ve watched the sci-fi flick at home, to head to movie theaters to view the film how it was meant to be seen.

Released in 2009, AVATAR, starring Zoe Saldana, Sigourney Weaver, Sam Worthington, Michelle Rodriguez and Stephen Lang, was groundbreaking in its motion capture technology. In 2022, Cameron has further improved the theatrical presentation with a 4K remaster and HDR.

Globally, AVATAR holds the No. 1 spot as the all-time top-grossing film with $2.84 billion. AVENGERS: ENDGAME is close behind with $2.79 billion. However, the re-release will increase that gap once again.

This is not the first time AVATAR has been re-released, but the previous release was a vanity move. The film returned to theaters in China in 2021 in order to overtake its #1 position as the highest-grossing film of all time from AVENGERS: ENDGAME. Mission accomplished.

The return of AVATAR, however, comes in a new and improved format which enhances the film’s beautiful visuals and story in a stunning presentation. Will that bring audiences back to the movie theater?

Twelve years since the release of AVATAR, new audiences have watched the movie on television or on physical media, but it doesn’t compare to a big screen viewing, says Cameron.

“It's looking better than it ever looked, even back in its initial release,” according to Cameron at a press conference. “ And there's so many people out there, a whole new kinda generation of film fans coming up. Even if they like the movie on streaming or, you know, Blu-ray or however they saw it, they still haven't really seen the movie the way we intended it to be seen. And, you know, we just watched the film recently when we finished the whole remastering process, and it kinda blew us away. “

Sigourney Weaver who played Grace agrees with Cameron. “The only way you can go to Pandora is by going to the theater and seeing it in 3D. That's the rocket ship.”

When news of AVATAR’s return to theaters was announced, this writer was skeptical the remastering would make a difference. However, the film is so striking to watch in 3D that you get a sense you’re watching it for the first time.

The remastered AVATAR is worth the watch again in a movie theater.