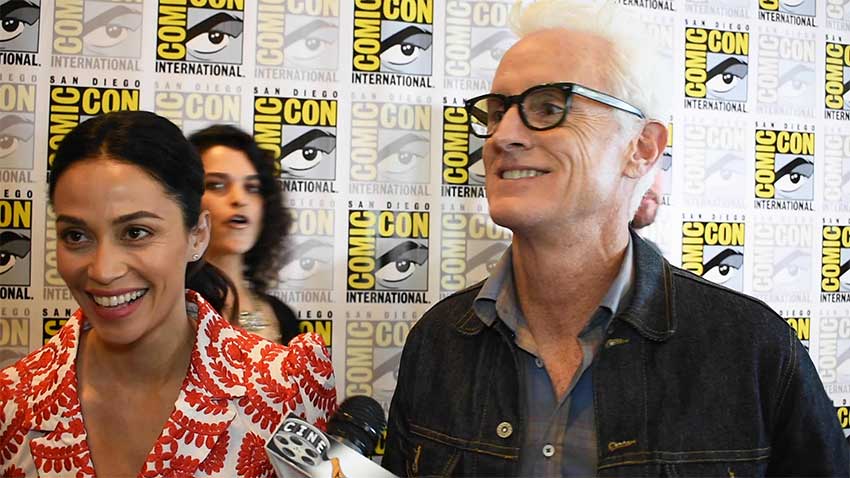 FOX's new series 'NeXt' tackles the idea of an AI like Alexa or Siri becoming a serial killer. We talked to "NeXt" stars John Slattery and Fernanda Andrade about the show and their own techie habits last year at Comic Con shortly before they started shooting the first season.

John Slattery ("Mad Men," IRON MAN, "Mrs. America") is a tech billionaire inventor of an A.I. that becomes self-aware and threatens the human race. Fernanda Andrade is the agent tracking down the cyber killer.

The FOX series features Latinx in front and behind the camera.  Andrade (“The Devil Inside”) stars along with Gerardo Celasco (“Passions”), and Manny Coto (“24”, “Star Trek”) executive produces the series.