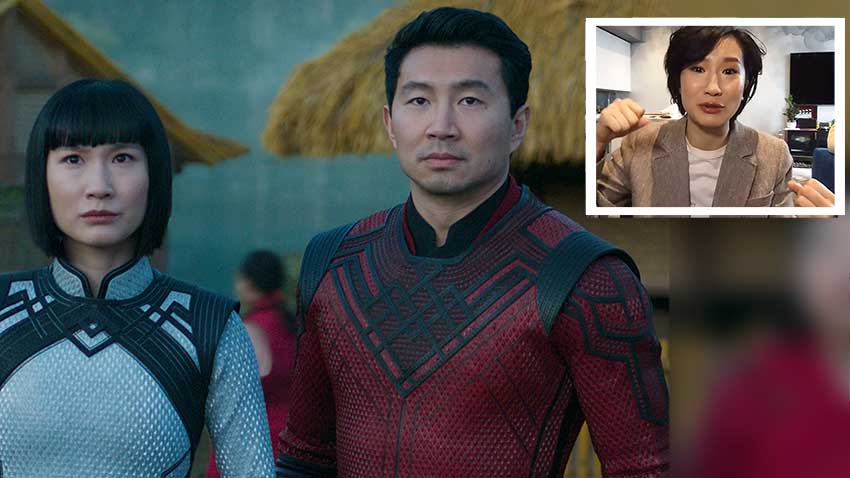 On the set of Marvel's SHANG-CHI AND THE LEGEND OF THE TEN RINGS, things got real for the actors who performed some of their own stunts. Simu Liu's costar Meng'er Zhang who plays his sister Xialing, tells CineMovie she took up the Marvel star's offer to hit him for real. The actress also gives us some more behind-the-scenes scoop from the MCU set.

Meng'er Zhang made quite the splash in Hollywood in her debut playing Xialing, the villain's estranged daughter in SHANG-CHI AND THE LEGEND OF THE TEN RINGS. The breakout star chatted wtih CineMovie about her martial arts training for the MCU film, forming a sibling-like relationship off-screen with Simu as well, and what the post-credit scene means for her future in the MCU.  She's also holding out hope Marvel will give her character a Disney+ series to explain how she evolved after being abandoned by her brother.

SHANG-CHI AND THE LEGEND OF THE TEN RINGS is now available on Disney+, Digital and Blu-ray and DVD.