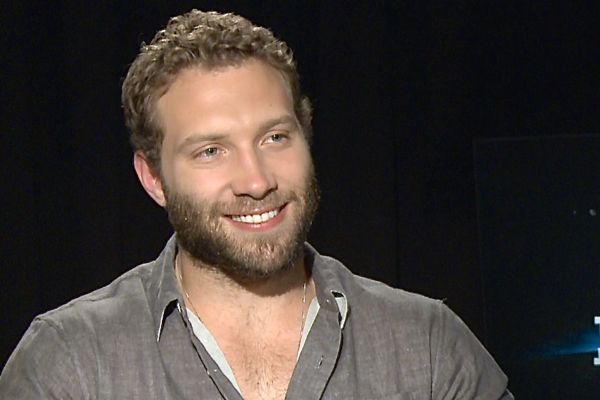 Insurgent's Jai Courtney will soon start production on David Ayer's DC Comics adaptation of Suicide Squad in Toronto. The Australian actor, who will be playing Boomerang in the Warner Bros. film, tells CineMovie he's been in training since December of 2014 which includes becoming an expert with a boomerang.

On March 20, Jai Courtney returns as Eric in The Divergent Series: Insurgent. The actor looks much bulkier than his character in the Divergent sequel when we sat down with him in Los Angeles this past week, and he attributes that to his next role. Courtney will play Captain Boomerang, one of the antihero supervillains from the DC Comic Book world, along with Will Smith, Jared Leto, Margot Robbie, Joel Kinnaman (Run All Night), model turned actress Cara Delevingne and Viola Davis ("How To Get Away with Murder").

Suicide Squad is set to open August 5, 2016, but you can catch Jai Courtney on the big screen as a ruthless soldier in Insurgent on March 20 and this summer in the highly-anticipated reboot as Kyle Reese in Terminator Genisys.