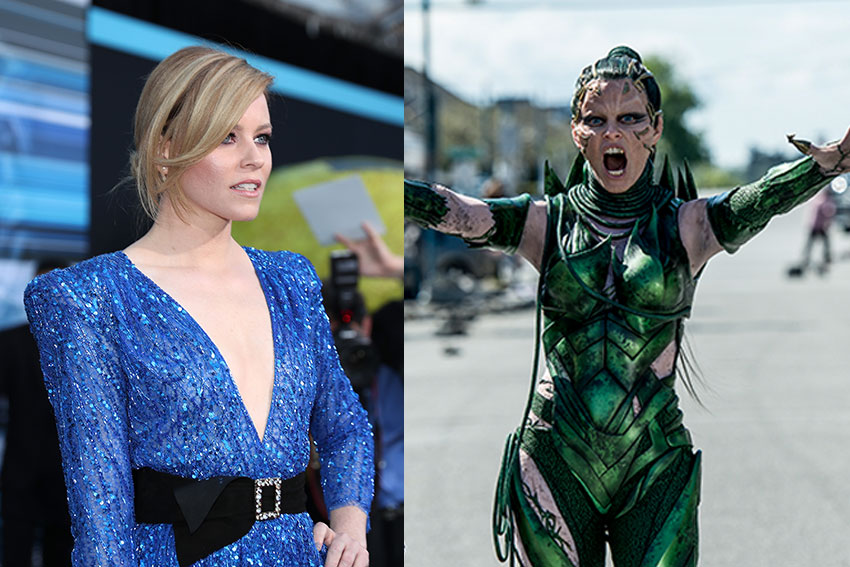 Elizabeth Banks transforms a 90s campy television character into a frightening Rita Repulsa for Saban’s POWER RANGERS movie. Taking a beloved character into the new age is no easy task.  Banks reveals her thinking into what the Rita Repulsa 2.0 should be for the movie version, and her co-star Bill Hader explains why Banks mastered the alien language while he and Bryan Cranston struggled with it.

In Saban’s POWER RANGERS, high school outcasts stumble upon an old alien ship and acquire special powers. It’s all fun and games until the threat in the name of Rita Repulsa (Banks) surfaces. Zordon (Bryan Cranston), the Power Rangers mentor, and his robot sidekick, Alpha 5 (voiced by Bill Hader) must prepare the new Power Rangers to battle the dangerous foe.

At a recent press conference for the POWER RANGERS movie in Los Angeles with the cast, director Dean Israelite and screenwriter John Gatins, Elizabeth Banks responded to CineMovie’s question about the pressures of adapting a campy character into a modern day villain. Bill Vader chimed in to praise Banks on her linguistic skills with the aline language while he and Cranston had to have it spelled out phonetically.