'The Bridge' Star on Mastering the Mexican Accent and Playing Villains 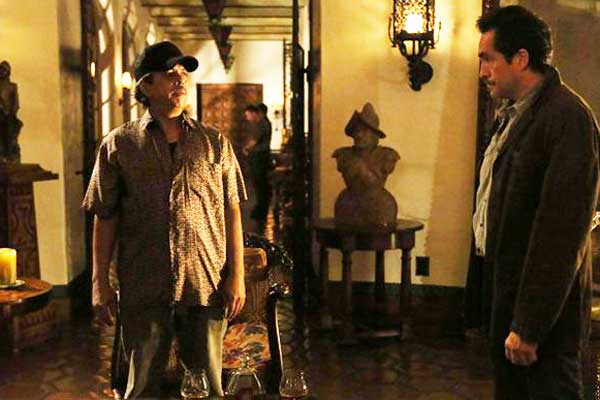 The most surprising thing about THE BRIDGE's Ramon Franco is that he's a Puerto Rican from the Bronx,  but you wouldn't know it from watching his devilish and convincing performance as a Mexican drug lord on the FX show. CineMovie sat down with the actor at THE BRIDGE's set and offices in Santa Clarita, CA to talk about his acting career and his approach to playing "Fausto Galvan," the malevolent character pulling everyone's strings.. Although he's been stereotyped as the villain for most of his Hollywood career, he states that all those roles helped him form his character on the show.

To play a character from Northern Mexico, the Bronx native sought out his co-star Demian Bichir's help in nailing the mannerisms and accent from that region. When the show is in production, he also employs a tape recorder and records his lines of dialogue which he plays over and over while he's sleeping.

"The Bridge" airs Wednesdays at 10pm on the FX Networks.