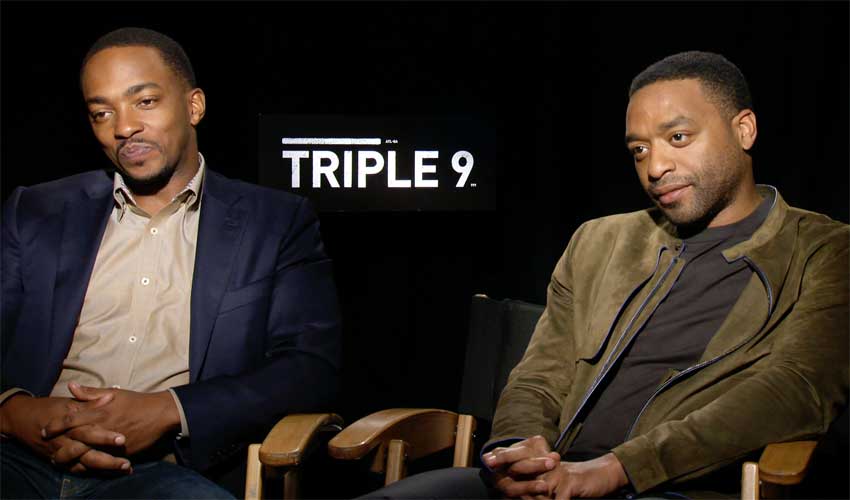 Anthony Mackie, Chiwetel Ejiofor and Clifton Collins Jr play a gang of criminals and corrupt cops planning a big heist and part of that plan includes distracting the police department with a triple 9 call which stands for officer down.