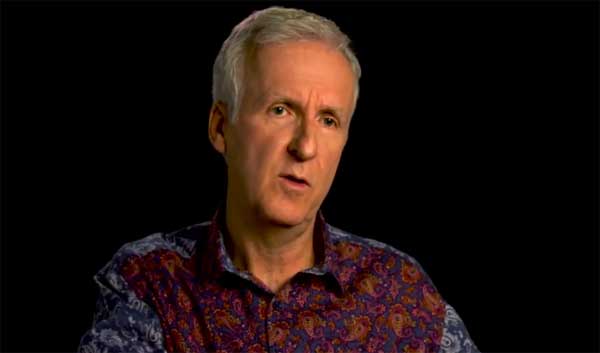 James Cameron, the co-writer and director of the first two Terminator movies, has given the new TERMINATOR GENISYS film his blessing, calling it a “renaissance” of the series. In the video testimonial below, Cameron praises the new film in a featurette released Monday. The official video also gives us a glimpse of the epic showdown between the two T800’s.

James Cameron (Avatar, Titanic) says he approached the film as a fanboy, and admired what they did with the various plot twists. He says the film is “respectful” of the first two movies (Terminator, Terminator 2: Judgement Day) with familiar scenes that may homage while also taking liberties with the plot. “I feel like the franchise has been reinvigorated. Like this is a renaissance,” said the filmmaker who has voiced his disdain for the later Terminator sequels which we can all agree on.

We doubt Arnold Schwarzenegger twisted Cameron's arm to speak positively about the new Terminator movie, and the director behind the original is not one to blow smoke up our you know what. Cameron’s stamp of approval is definitely exciting, and it certainly makes the wait to see TERMINATOR GENISYS more excruciating.