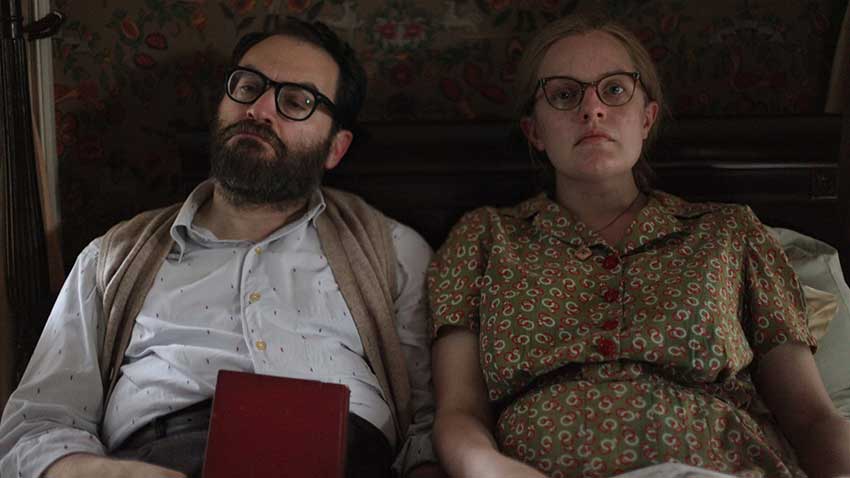 Elisabeth Moss delivers yet another riveting performance in her new movie, SHIRLEY, reminding us why she's the best actress this generation. Based on Susan Scarf Merrell's book, "Shirley: A Novel" about reclusive horror and mystery author Shirley Jackson played by Moss, SHIRLEY is not so much a biography but a study into the mind of a writer. Actress Odessa Young, in a breakthrough performance, engages with Moss in a sort of cat and mouse game that's unique and intriguing.

Neon released the new film on Hulu, VOD, Virtual Cinemas and participating Drive-Ins. Directed by Josephine Decker and written by Sara Gubbins, the story focuses on the latter part of Jackson's life when she has become a heavy-drinking recluse and despises social interaction. According to writer Sara Gubbins, she didn't set out to write a biography about the author behind "The Lottery" and "The Haunting of Hill House" but a fictional account of her state of mind that influenced her stories.

"In no small part this Shirley is an attempt to exhume a writer of incalculable talent," says the writer. "While also seeing the price her writing extracted from her psychologically and physically. It’s not an attempt at biography. This Shirley has been drawn from the archeology of her writing, the voice present in all her novels, short stories and the hundreds of letters written between herself and Stanley archived in the Library of Congress. That’s the Shirley we’ve brought to the screen." 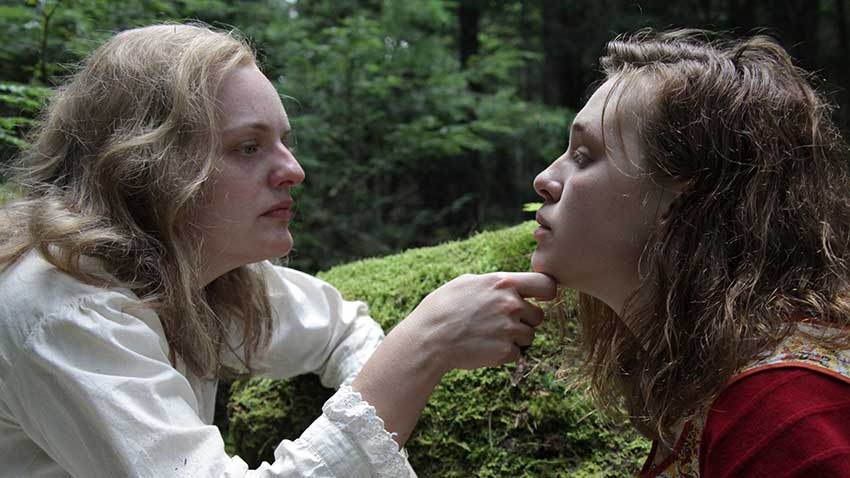 In SHIRLEY, the recently wed Rose (Young) and Fred (Logan Lerman) come to live with Jackson and her philandering professor husband, Stanley (Michael Stuhlbarg). Stanley has promised Fred a teaching assistant position in exchange for Rose to become the domestic help in the Stanley household much to Rose's dismay.

Shirley's fame is on the rise after her short story, "The Lottery" is a hit but the residents of their small town see her as a sick mind for writing such a disturbing story. Rose admires Shirley's stories so she takes a personal interest in her writing process. However, Shirley is not so welcoming as she struggles with her inner demons and her tempestuous relationship with her womanizing husband. Their one-sided open relationship is taking a toll on her psyche.

Stanley and Shirley toy with the naive couple. Shirley slowly lets Rose into her life which in turn inspires Shirley to hit the typewriter again, but something is amiss in their growing relationship. Shirley is on the verge of a breakdown one minute, and then toying with Rose in another.

Rose and Shirley's relationship is a difficult one to decipher, but that's what keeps the story intriguing. Shirley is unpredictable and calculating. While not a particularly exciting film, the wicked mind games the older couple play on the newlyweds keeps you second guessing what's next.

The filmmakers often mirror Rose and Fred's relationship with that of Shirley and Stanley's. Did the older couple's love affair start out like Rose and Fred but turned toxic. The ending certainly hints at that. And in both cases, are the men responsible for the women's distress? Shirley's stories may be a testament to that as most settings take place in domestic situations, says the screenwriter.

"Instead Jackson finds terror in the commonplace arena of the domestic and the mundane," says Gubbins. "People are terrifying monsters. Our own psyches are demonic, bloodthirsty ghouls. And our society a mercurial mob capable of hosting a lawn party one minute and an organized stoning the next." 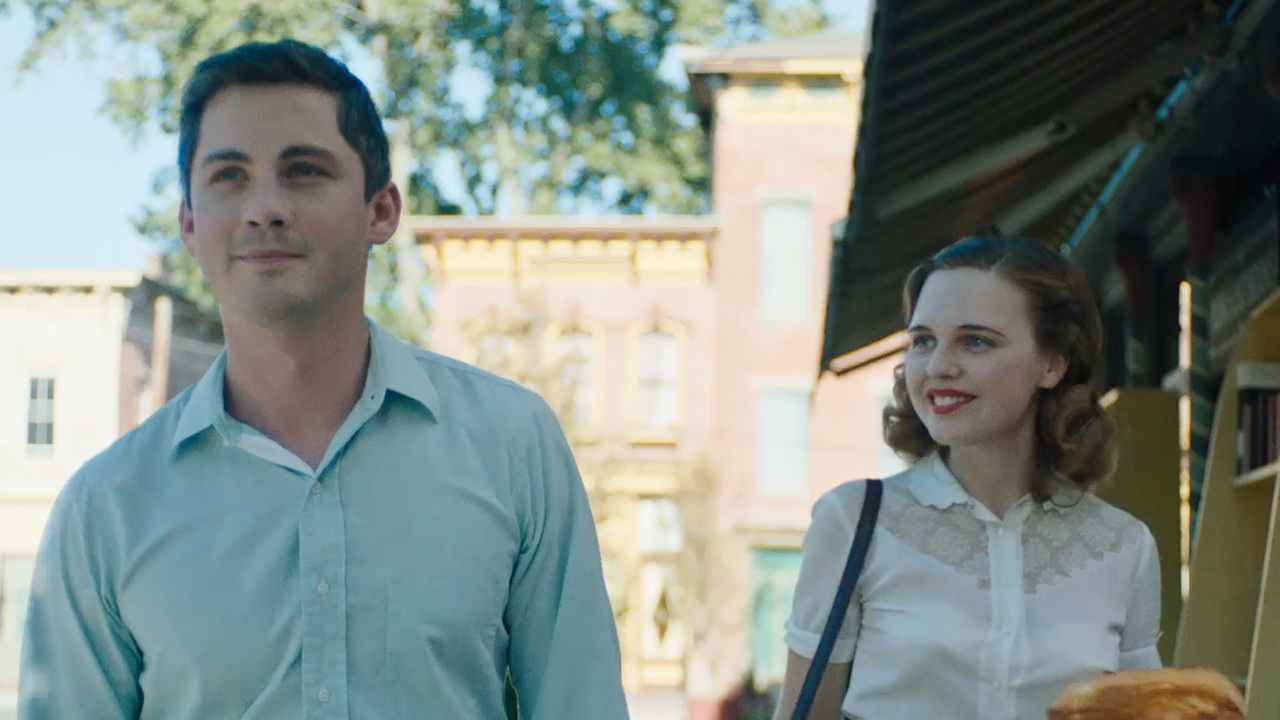 Elisabeth Moss, Michael Stuhlbarg, Odessa Young and Logan Lerman are phenomenal in SHIRLEY but the scene-stealer award goes to Moss and Young. Moss and Young are essentially playing the yin and yang, and they do it effectively and convincingly. It's a unique relationship rarely seen with two women on screen. There's no doubt casting an equally good actress as Moss was an arduous task, and in Young they found someone who was on her level.

The visuals are beautifully shot by Norwegian cinematographer Sturla Brandth Grøvlen, and while most of the film takes place in the dark, dingy home, it was eye-popping.

SHIRLEY is a performance-driven film that will keep you hooked until the very end although some may feel unsatisfied with the vague outcome which will require your own interpretation.