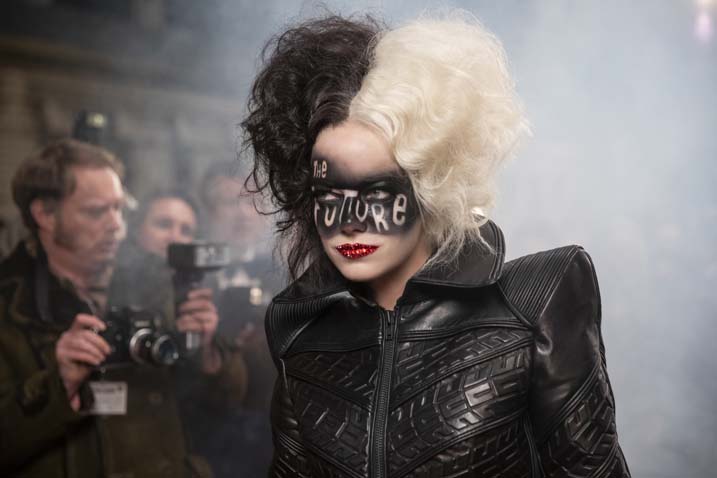 CRUELLA is a pompous spectacle with a punk rock vibe. Every aspect of Disney’s origins story is outrageous but so much fun to revel in. The film is gorgeous to look at from the production design, the costumes, the cinematography and the hair/make-up to the delicious rivalry between Emma Stone and Emma Thompson. Everyone is a scene stealer including Cruella’s sidekicks Paul Walter Hauser and Joel Fry, and the dogs are best in show as well.

Disney’s iconic villain gets an origins story in CRUELLA. The Dalmatian-hating Cruella de Vil didn’t always want to make coats out of the pooches. The live-action feature film about the fashionable villain traces her roots back to her rebellious childhood as Estella. Set in 1970s London amidst the punk rock movement, an orphaned Estella dreams of making a name for herself as a clothing designer, and takes a job with The Baroness (Thompson).

Estella was born a trouble maker, however, her mother urges a young Estella to contain her “passion” for mishap. That interesting twist made the story all the more interesting. Most often, villain origin stories set up a good person gone bad, but she was born that way. That’s part of dark nature of the movie which is surprising for a Disney flick, but you should expect that from a villain who wants to skin Dalmatians

Emma Stone and Emma Thompson make a dynamic duo as rivals. As the Baroness, Thompson is deliciously bad with Miranda Priestly-vibes but worse than the DEVIL WEARS PRADA character. Both make for worthy opponents and the actresses' performances opposite each other are some of the most memorable scenes in CRUELLA. 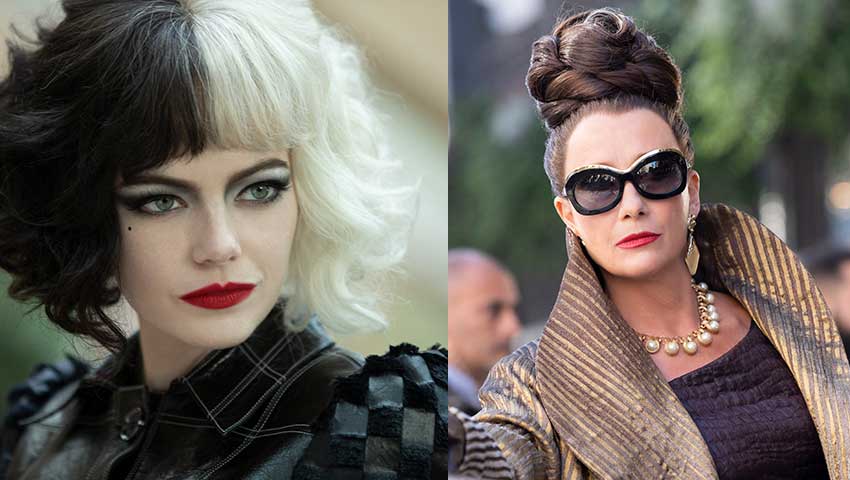 The supporting cast are also scene stealers. Paul Walter Hauser and Joel Fry are more than just henchmen in this origins story. They are the heart of the movie who serve to remind Estella of who she is when she descend into madness. Hauser also provides the laughs with his cockney accent, and gentle soul.

The dogs are best in show as well, but it’s not the Dalmatians. Winky, the eye-patch wearing pooch, is part of Cruella’s crew who is often sent as a distraction. At one point, they dress the dog as a rat which was one of the most hilarious sequences in the Disney movie.

Directed Craig Gillespie assembled an impressive behind the scenes team consisting of mostly women. The immensity talented costume designer Jenny Beavan created the most delectable outfits for The Baroness and Estella/Cruella. The hair and makeup were equally complimentary of the costumes thanks to hair and makeup designer Nadia Stacey.

The wardrobe in CRUELLA are some of the most inventive, outlandish and colorful pieces ever created for a movie, thanks to the Academy Award-winning costume designer. Cruella’s flair for fashion was established in the animated version and the live action with Glenn Close, but here it’s taken to a whole new level - Met Gala style.

Production designer Fiona Crombie’s set were utter beauty that complimented the costumes and recreated the anarchy vibe that grew out of the punk rock movement in London during the 70s. Director of photography Nicolas Karatatsanis’ visual style added an even more exquisite look to the film. 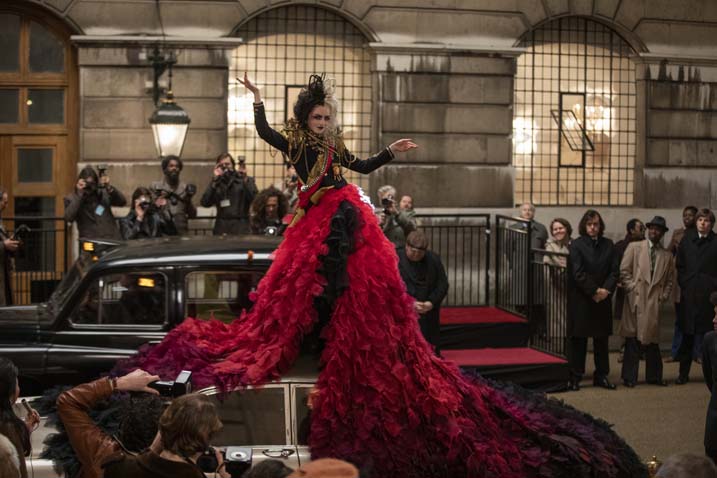 The musical influences in CRUELLA are clear to see for fans of the Sex Pistols and gender bending musician David Bowie from the 70s. Cruella is definitely an anarchist, and they borrowed that look from the musical movement. The Pistols’ anarchistic artwork from their albums are obvious references in wardrobe, hair and make-up.

Although some plot twists and character reveals don’t add up if we fast forward to some of the events in the classic animated movie, CRUELLA is visually stunning and a spectacle you have to see on the big screen.

CRUELLA hits movie theaters May 18, and on Disney+ Premium Access.