‘Murder in the Woods’ Movie Review: Just Another Teen Slasher Film But With Latinos 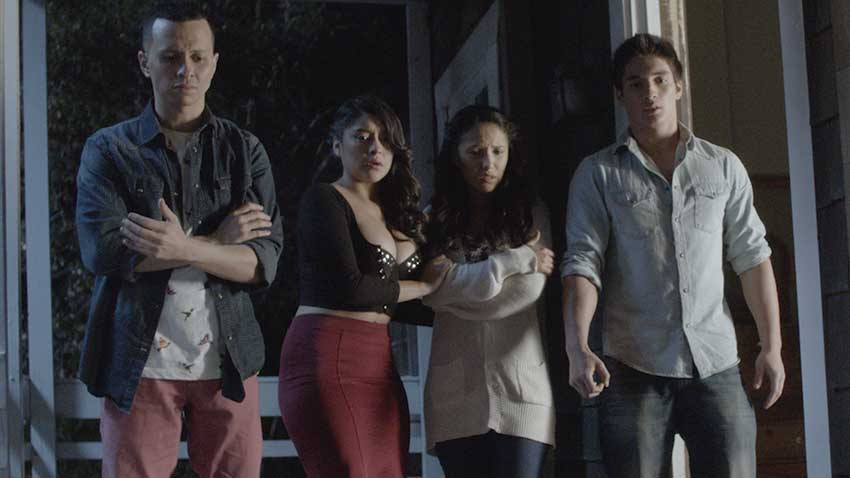 The virgin. The floozy. A sex-starved teen and the jock, all walk into a cabin in the woods, and one by one they die a horrible death. MURDER IN THE WOODS is just like every other teen slasher movie out there except this one stars a Latinx cast, and written and directed by Latinx filmmakers. Usually I'd applaud the effort, but sadly MURDER IN THE WOODS is a carbon copy of past movies, and a missed opportunity to inject new life into the slasher/horror genre with Latinx flavor.

In MURDER IN THE WOODS, a group of friends travel to a remote cabin for a fun weekend until their friends start dying. And the rest is a paint by numbers plot that leaves little to the imagination. The scares are cheap, the dialogue is cringe-worthy at times, and there's zero horror elements except for the gore.

Interview: Who Always Gets Axed First in Slasher Films? Meet the Victim -'Murder in the Woods' Catherine Toribio

There is horror in MURDER IN THE WOOD but it's courtesy of the following type of dialogue.

The slasher film stars relative unknowns except for Danny Trejo as the sheriff and Chelsea Rendon from Starz' groundbreaking series "Vida."

Directed by Luis Iga Garza and written by Yelyna De León, IMDB lists MURDER IN THE WOOD as a 2017 release. Since audiences are devouring media during the COVID-19 pandemic, it's a good time to dump shelved movies for a captive audience.

Horror movies also fare well no matter the quality, and MURDER IN THE WOODS may find an audience with genre fans. However, the characters fit into stereotypical roles you often find in horror movies like the meek virgin woman, the sexually-provocative woman, the hot guy, a sex-starved male and a sexually active couple. You know exactly who's going to get the ax first, and who's is going to survive. The identification of the killer can best be described as a novela-level buzz kill. 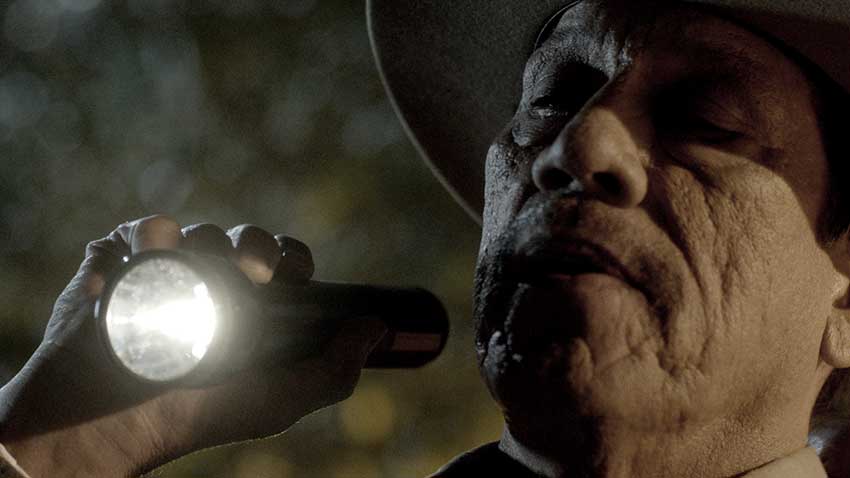 Now there's nothing wrong with following a formula as long as the film break the rules to reinvent or add a different flair to it. Except for the brown faces, nothing here reinvents the wheel. It's a failed opportunity to show the world what Latinx talent has to offer and to bring our particular humor to the screen. Throwing in a couple of Spanish words here and there just doesn't cut it. For examples of great portrayals of bicultural Latinos, check out "Vida," and Netflix's series "Gentefied," and "On My Block."

At least the characters aren't gang members or narcos which is a welcome relief after watching David Ayer's THE TAX COLLECTOR last week. These actors represent our bicultural community but the script and the direction failed to inject any personalities into the characters other than horror movie caricatures. You could easily swap out these faces with anybody else and it wouldn't matter.

Women are sexualized which is no surprise for this genre since men are the main demographic.

Since the EVIL DEAD (1981), the slasher/horror genre (FRIDAY THE 13TH) remains popular with moviegoers. The last memorable film in the genre was CABIN IN THE WOODS by director Drew Goddard. Sam Raimi, Eli Roth and many careers were launched after making such films. Sad to say, these filmmakers will  likely not get the same career bump.

While I'm content seeing underrepresented Latinx faces on screen, it's another film that doesn't help our cause. However fans of slasher films may get a thrill but just don't expect any substance.

MURDER IN THE WOODS is in theaters and drive-ins August 14th and Digital/VOD September 18th.