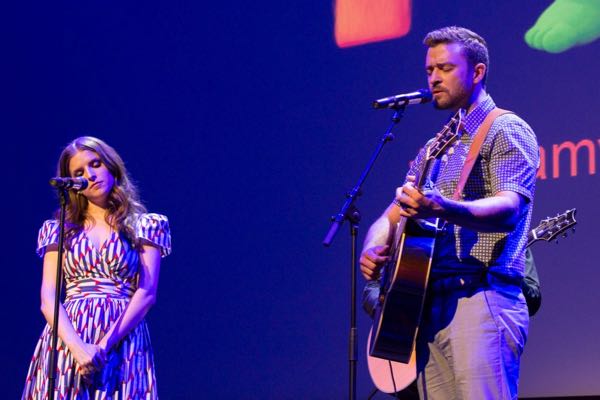 Justin Timberlake and Anna Kendrick voice characters in Dreamworks’ TROLLS, and the two were in Cannes debuting the film with a performance of Cyndi Lauper’s “True Colors” by both stars. Watch the video and photos from the event as well as their red carpet arrival at the annual South of France festival.

From the creators of Shrek comes the most smart, funny and irreverent animated comedy of the year, DreamWorks' Trolls. This holiday season, enter a colorful, wondrous world populated by hilariously unforgettable characters and discover the story of the overly optimistic Trolls, with a constant song on their lips, and the comically pessimistic Bergens, who are only happy when they have trolls in their stomach.


blog comments powered by DISQUS back to top