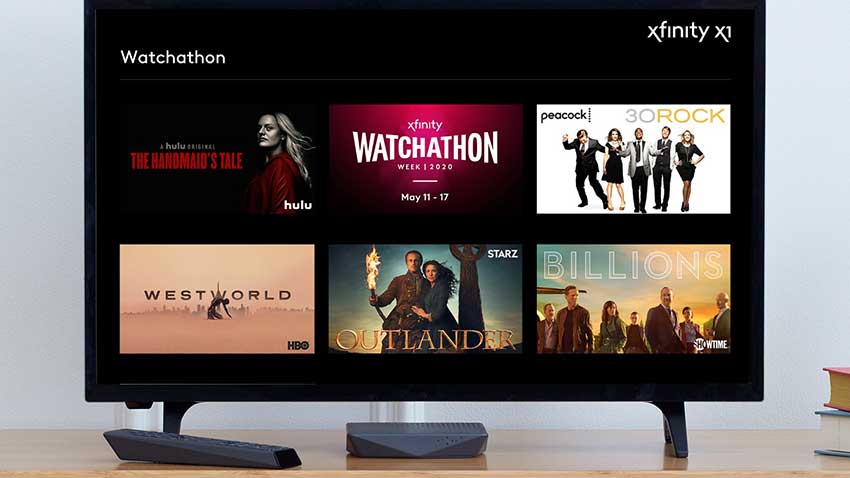 On May 11, Comcast will bring back Xfinity Watchathon Week with Hulu Originals like ‘Little Fires Everywhere,’ ‘The Handmaid’s Tale,’ ‘Ramy’ and ‘Shrill.’ Free programming will be available across Xfinity platforms including X1, Flex and Xfinity Stream. See what else you can watch for free from May 11 - 17.

The Biggest Week in Television Will Include for the First Time Popular Hulu Originals Such As ‘Little Fires Everywhere,’ ‘The Handmaid’s Tale,’ ‘Ramy’ and ‘Shrill’

Comcast announced its Xfinity Watchathon Week will make many of the year’s hit shows and movies everyone has been talking about available to Xfinity video and Internet-only customers for free including, for the first time, episodes of Hulu Originals Castle Rock, Dollface, The Handmaid’s Tale, High Fidelity, Little Fires Everywhere, Ramy and Shrill. Free programming will be available across Xfinity platforms including X1, Flex and Xfinity Stream.

Additionally, yhe Xfinity editorial team curated timely collections that will be updated daily, such as:

• “Throwback Thursday” presenting classics now available through Peacock such as 30 Rock, Parks and Recreation, Saved by the Bell, Psych, Frasier, Cheers, Everybody Loves Raymond, Two and a Half Men, King of Queens, Friday Night Lights, House, Parenthood, Heroes, Battlestar Galactica, and the iconic Law & Order brands as well as HBO’s The Sopranos, and STARZ’s Party Down, Spartacus, and The White Queen

For more information on Watchathon Week, visit https://www.xfinity.com/Watchathon2020 or join the conversation on Twitter and Instagram following @Xfinity. Content availability may vary across Xfinity TV platforms (X1, Flex, and the Xfinity Stream app).