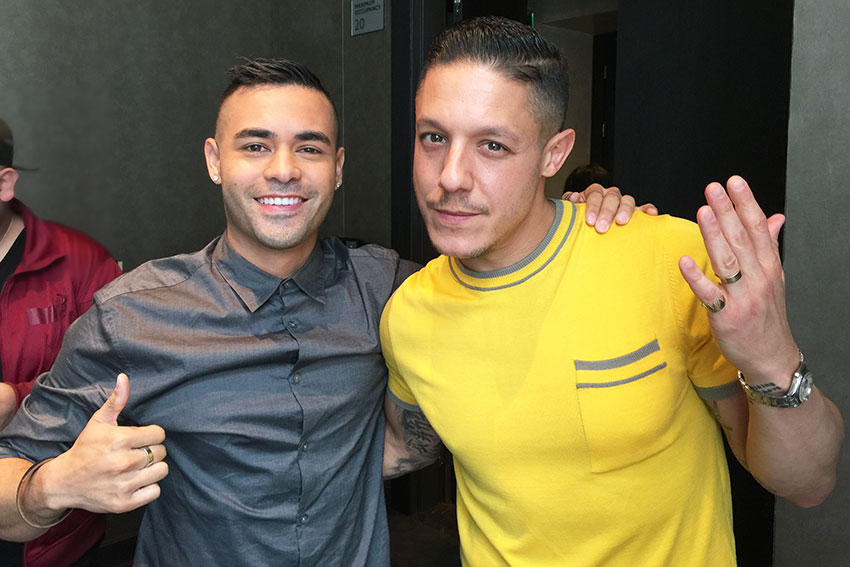 The new movie LOWRIDERS is the antithesis to LA LA LAND. While LA LA LAND focuses on the struggle of two people following their dreams in Hollywood, LOWRIDERS takes it to the east side with a story of an intergenerational struggle and culture clash as told through the lowrider subculture of Los Angeles. The film's stars and director speak to the movie's portrayal of a city rarely portrayed in Hollywood films.

Produced by Brian Grazer's Imagine Entertainment (EMPIRE, 24) and Blumhouse Productions (GET OUT, THE PURGE), LOWRIDERS tells the story of Danny, a young street artist in East Los Angeles caught in the middle of his father's obsession with his lowriders and his brother's need for revenge against his father.

SONS OF ANARCHY and LUKE CAGE star Theo Rossi and EAST LOS HIGH's Gabriel Chavarria sat down with CineMovie in Los Angeles to talk about the film's authentic portrayal of a Los Angeles rarely seen in movies and their own struggles in Hollywood to break out of the Latino stereotypes. Director Ricardo de Montreuil, a native of Peru, also wanted to show the artistry and culture of people like Danny seeking to find their identity in a place where cultures collide.