'Wonder Woman 1984' Not Streaming But Delayed For Theatrical Release 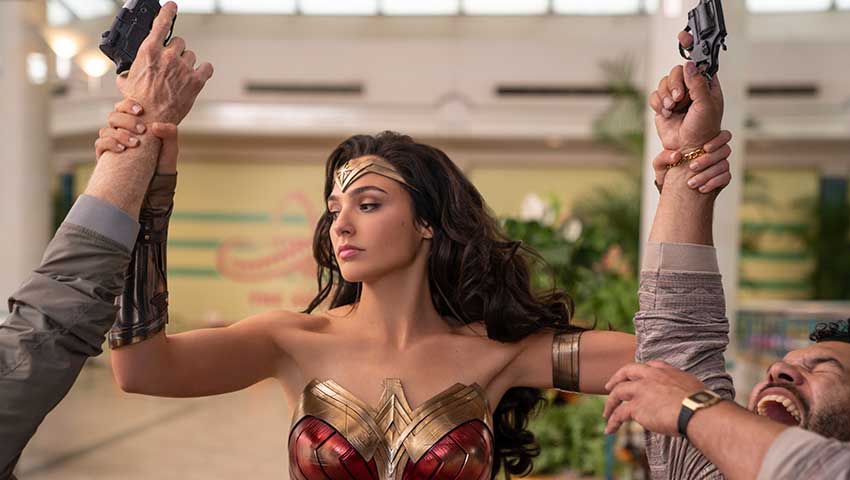 WONDER WOMAN 1984 diretor Patty Jenkins tooks to Twitter Tuesday to announce the sequel to WONDER WOMAN will not stream but move to August 14 for a theatrical run. Originally slated for June 5, Warner Bros. and the filmmakers are not taking any chances with the coronavirus crisis which many have predicted will play out until the summer.

While many movie studios have moved their new releases off the calendar indefinitely or released them digitally, Warner Bros. has decided to move the Gal Gadot-DC superhero sequel to a later date. While no one knows when this crisis might be under control, the new dates gives us something to look forward to.

We made Wonder Woman 1984 for the big screen and I believe in the power of cinema. In these terrible times, when theater owners are struggling as so many are, we are excited to re-date our film to August 14th 2020 in a theater near you, and pray for better times for all by then pic.twitter.com/85ykQ8x6NE

Fast forward to the 1980s as Wonder Woman’s next big screen adventure finds her facing two all-new foes: Max Lord and The Cheetah. With director Patty Jenkins back at the helm and Gal Gadot returning in the title role, “Wonder Woman 1984” is Warner Bros. Pictures’ follow up to the DC Super Hero’s first outing, 2017’s record-breaking “Wonder Woman,” which took in $822 million at the worldwide box office. The film also stars Chris Pine as Steve Trevor, Kristen Wiig as The Cheetah, Pedro Pascal as Max Lord, Robin Wright as Antiope, and Connie Nielsen as Hippolyta.