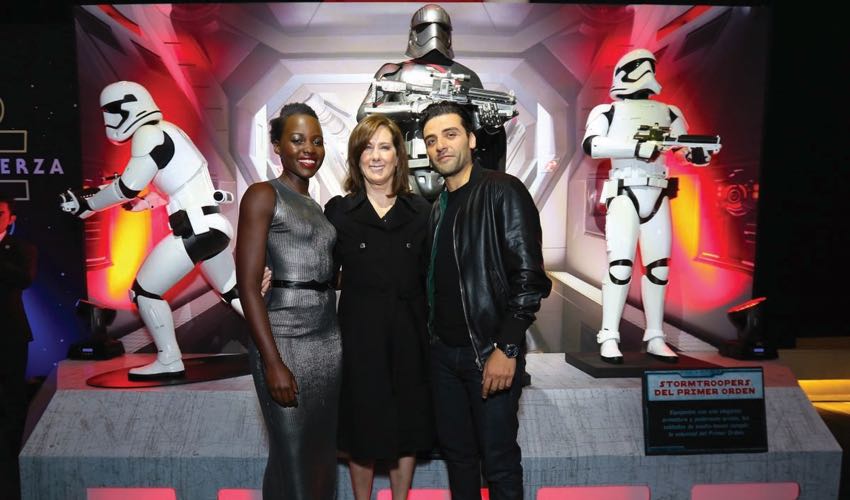 Disney and Lucasfilm have begun the global tour for STAR WARS: THE FORCE AWAKENS with the cast and director J.J. Abrams traveling around the world. Oscar Isaac and Lupita Nyong'o jetted off to Mexico City along with Lucasfilm executive producer Kathleen Kennedy. The two STAR WARS: EPISODE VII Spanish-speaking stars attended a fan event and press Q&A. Take a look at the photos.

The Guatemalan-born Oscar Isaac and the Mexican-born Lupita Nyong'o were the obvious ones to visit the country down south. Their co-stars meanwhile hit Seoul, Korea and Sydney, Australia this week.

STAR WARS: THE FORCE AWAKENS is in movie theaters December 18.